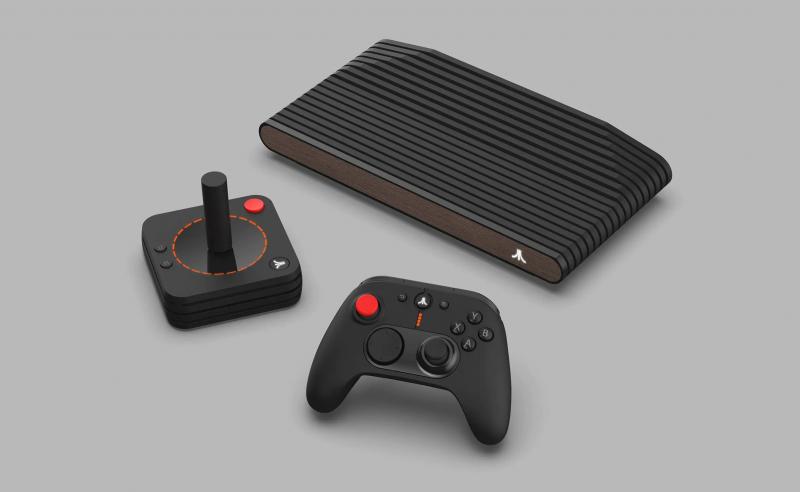 In June 1972 in Sunnyvale, California, Nolan Bushnell and Ted Dabney founded a company called Atari. This is the beginning of a revolution…

The founders are American, but the name of the company is Japanese. “Atari” is a pawn position in the “Go” game that ensures the player takes several pawns from his opponent on the next move. “Atari” also means “hit a target” in the language of the Land of the Rising Sun. Although unrelated, the company's well-known logo has been dubbed the “Fuji” in reference to the mountain.

It was to develop the equivalent of Magnavox's Odyssey tennis game in an arcade version that the two men created Atari. The result is a classic, first mainstream video game: “Pong.” Three years later, the Atari Video Computer System (VCS) arrived on the market and was renamed the Atari 2600. Again, it was a success. But, since new money was needed, Bushnell sold the company to the Warner group in 1976 for a sum of approximately… 32 million $US. And the communications group is rubbing its hands, the Atari division accounting for a third of its revenues and being the fastest growing company in the United States. But the video game industry crash of 1983 brought this meteoric rise to a halt. Warner sells Atari's electronics division to Jack Tramiel, founder of Commodore (or, the Commodore 64 firm) and retains the Atari Games division before selling it to Namco in 1985; it will finally be renamed Midway Games West Inc. in 1999 before ceasing its activities. But then, who is hiding behind Atari today? To put it simply, the Infogrames company acquired Hasbro Interactive in 2001 and thus became the owner of the “Atari” name and its various properties. Atari S.A. is now a French company whose subsidiaries are, among others, Atari Interactive and Atari Inc for North America… and know that Atari has tried, without success, at a virtual Atari Casino, but that there is even an Atari Blockchain division.

And the games in all this?

Let's forget the legal entities and their owners to focus on the titles that have made the brand famous. Because, in addition to “Pong” which is still fun to play today, if only to immerse yourself in a very “vintage” atmosphere, Atari is synonymous with great classics. In 1979, “Asteroids” enchanted players, both for the consoles of the time and in the arcades. And a new “Recharged” version, including a visual update, is now available. The following year, the “gamer” must defend six cities from ballistic missile attacks in “Missile Command”. Demonic shooter 'Centipede' released in 1981 also got a dusting in 2021 as 'Centipede: Recharged'.

Other essentials in the history of the company, the games of the “Roller Coaster Tycoon” franchise or the “Alone in the Dark”, “Dragon Ball Z” and even “Enter the Matrix”. Among the weirder titles, but still playable for free online, is 'Ninja Golf'. Yes, you play golf, of course, but since you're also a ninja, you have to fight against the enemies that swarm the course…including species of prairie dogs. It's nonsense, but it's very funny.

To mark a more than important anniversary, Atari has decided to do things big. “Atari 50: The Anniversary Celebration” will be released this winter and will contain – get this – more than 90 titles from the company's catalog, including games for arcades and defunct consoles. In addition, the games will be presented in the form of an interactive timeline that will also allow you to discover videos, interviews and period archives.

And finally, let's get out of the video games. LEGO enthusiasts will appreciate knowing that a brick-built model of the VCS, specially created for this anniversary, is available at a price that will make many jump in the face.