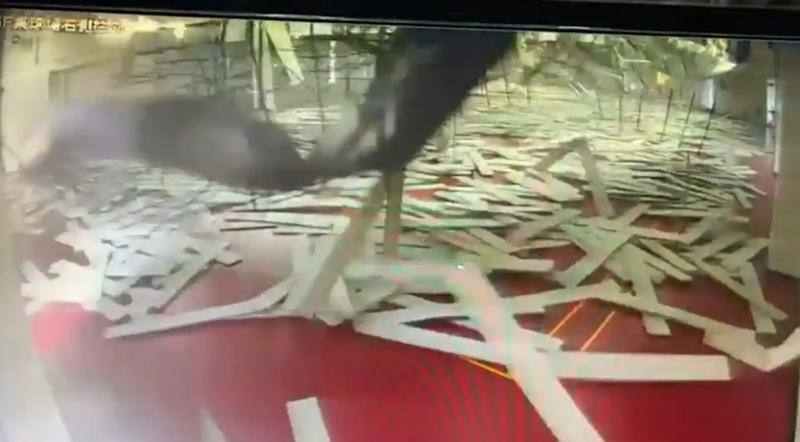 Blood-chilling footage of the powerful earthquake in Taiwan, Asia continues to stream around the world.

Latest show the roof of a gymnasium collapsing on the heads of young children. They were playing badminton when the earthquake hit. In just a few seconds, the ceiling tiles crumbled.

You can see the extent of the damage in this other video.

Details will follow today regarding the condition of these children.

Other Taiwanese were terrified in their homes on Sunday by the power of the earthquake. Images posted on social media show the ceiling light and paintings shaking in the apartment.

Videos show extent of damage to outside. Buildings completely destroyed, roads cut in half…

Many road and rail infrastructures are affected in Taiwan after the violent earthquake that shook the island. pic.twitter.com/aWTzVSrziI

Motorcyclists feared for their lives, after a landslide nearly washed them away.

A violent earthquake of magnitude 6.9 shook the eastern part of the island on Sunday. It was felt as far as the capital Taipei. Extensive damage reported pic.twitter.com/SoWrOC2rrZ

The power of the earthquake was rated at 6.9 by the USGS. The meteorological agency has also lifted the tsunami warning issued yesterday after the earthquake. Typhoon Nanmadol reached Japan on Sunday evening. Authorities are advising residents to take shelter.