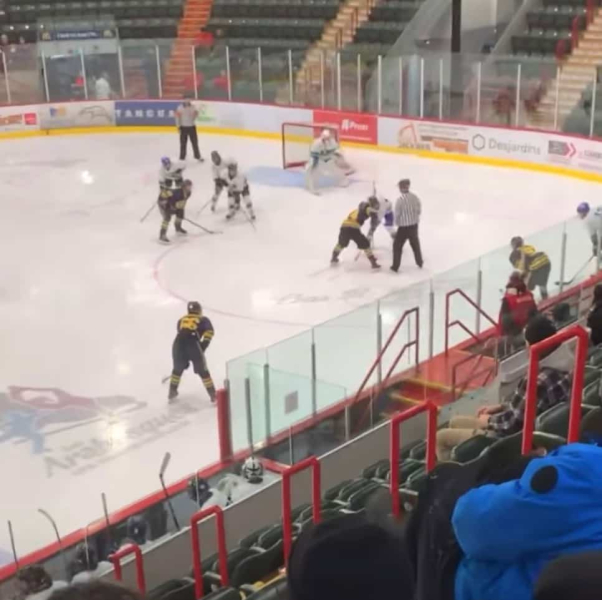 The chief referee of Bas-Saint-Laurent cries out by posting videos on Facebook in which we hear a father criticizing and swearing at the officials during the final of a youth tournament hockey players aged 15 to 17, in Rivière-du-Loup, last Sunday.

“This is what the daily life of hockey officials can look like when they are on the ice,” writes Samuel D'Auteuil, a 26-year-old official.

The excerpts show sequences of play on the ice of the Premier Tech Center, with a father from the Louperivoise team in the background who has a field day against the referees.

“Criss you're good for nothing, he's not just a champion […] He's the hero, the best host of good-for-nothings,” shouts the man at the top of his voice.

He even goes so far as to ask the Minor Hockey Tournament Mascot to attack the striped vests .

“Go pick it up for me, the referee”, says the father who puts on a show.

Asked by The DiarySamuel D'Auteuil affirms that the organization of Hockey Rivière-du-Loup will be invited to meet the parent in question since he would have made other threatening remarks which were not recorded.

The chief referee says he published these videos so that people understand that referees are essential in the practice of several sports and that in a context of shortage of manpower, excesses of anger only discourage young people from becoming official, little imp bring discipline.