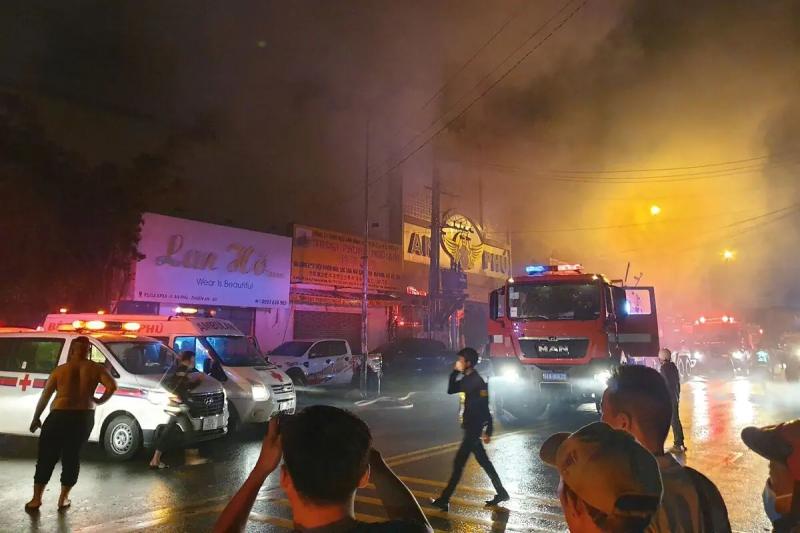 A fire left 12 dead and 11 injured overnight from Tuesday to Wednesday at a karaoke bar in Binh Duong, near Ho Chi Minh City, southern Vietnam, the media reported on Wednesday. 'AFP a local official.

“Rescue teams are on site looking for victims. The cause of the fire has not been determined and is under investigation,” the official, Nguyen Thanh Ham, said.

The fire destroyed the 2nd and 3rd floors of the building comprising four levels, trapping customers and staff inside, an official media reported.

“Many people escaped through the main entrance, but many more jumped from the floors , breaking his legs and hands,” a witness told the VNExpress news site.

This is the deadliest fire in Vietnam since that of a residential building in Ho Chi Minh City in 2018, which left 13 dead.

A similar tragedy (13 dead) occurred in 2016 in a karaoke bar in the capital Hanoi. This tragedy had led the authorities to inspect night establishments, suspected of ignoring basic safety rules, across the country.

In August, three firefighters died trying to put out a fire that declared in a karaoke bar in Hanoi.