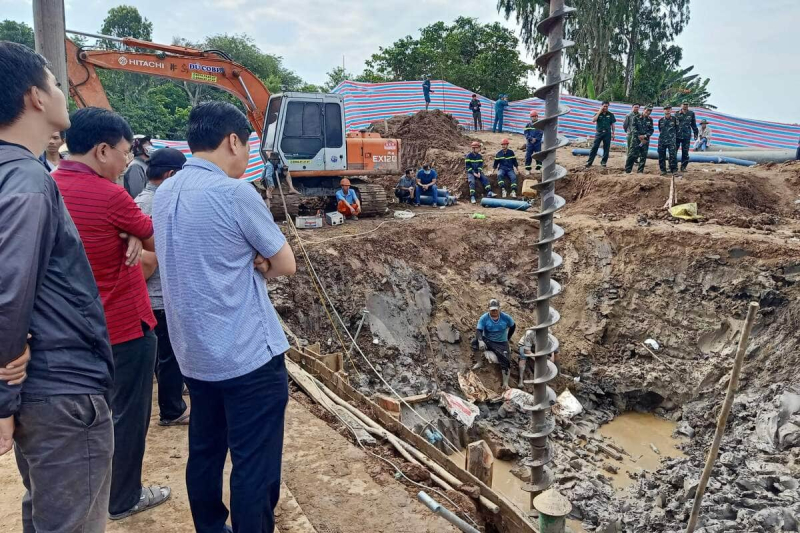 Hundreds of rescuers were battling Monday to rescue a 10-year-old child who fell two days ago into a 35-meter-deep hole at a bridge construction site in southern Vietnam.&nbsp ;

Thai Ly Hao Nam was apparently looking for scrap metal when he fell into a hollow concrete pillar just 25 centimeters wide cast to build a new bridge in the southern province of Dong Thap, a rescuer told AFP by telephone.

“We are doing our best. We cannot yet say what condition the boy is in,” added the rescuer, who only gave Sau’s name.

Authorities “are not sure the current situation of the boy. It stopped interacting with the outside although oxygen was still being pumped” into the hole, Vietnamese newspaper Tuoi Tre reported.

According to media , rescuers tried to drill and soften the surrounding ground in an attempt to pull the pillar up and pull the child out.

On Monday, Prime Minister Pham Minh Chinh asked the federal rescuers to join the efforts of local authorities to rescue the boy.