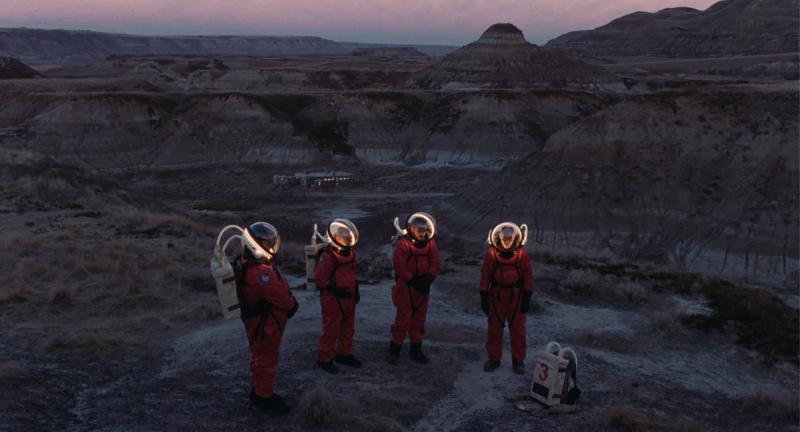 The film “Viking” by Stéphane Lafleur, co-written with Éric K. Boulianne, will have its world premiere as part of the prestigious Platform program at the upcoming Toronto International Film Festival (TIFF).

TIFF made the announcement on Wednesday, unveiling at the same time the trailer for the feature film as well as the other films competing in this program.

The Quebec comedy drama, partly shot in Vaudreil and a Drumheller, Alberta, will thus face the biopic “Emily”, starring Emma Mackey as the writer of Emily Brontë, the other Canadian “Riceboy Sleeps” by Anthony Shim and the American “How to Blow Up a Pipeline” by Daniel Goldhaber.

“Viking”, whose theatrical release is scheduled for next fall, is brought to the screen by Steve Laplante, Larissa Corriveau, Fabiola N. Aladin, Hamza Haq, Denis Houle, Marie Brassard and Martin-David Peters in the main roles.

We follow the journey of David, a physical education teacher who embarks on a colonization project on Mars, propelled by the Viking Society. The man who dreams of traveling through space joins the B team; the one who will live the adventure in parallel, behind closed doors on Earth, in the hope of resolving the interpersonal problems encountered by the five real astronauts who will soon land on the red planet.

The film is produced by micro_scope and distributed in Canada by Les Films Opale.

< li>In 2007, Stéphane Lafeur won the prize for the best first Canadian film at the TIFF with his first feature film, “Continental, a film without a gun”. He was then selected for the Cannes Directors' Fortnight in 2014 for “Tu dors Nicole”.