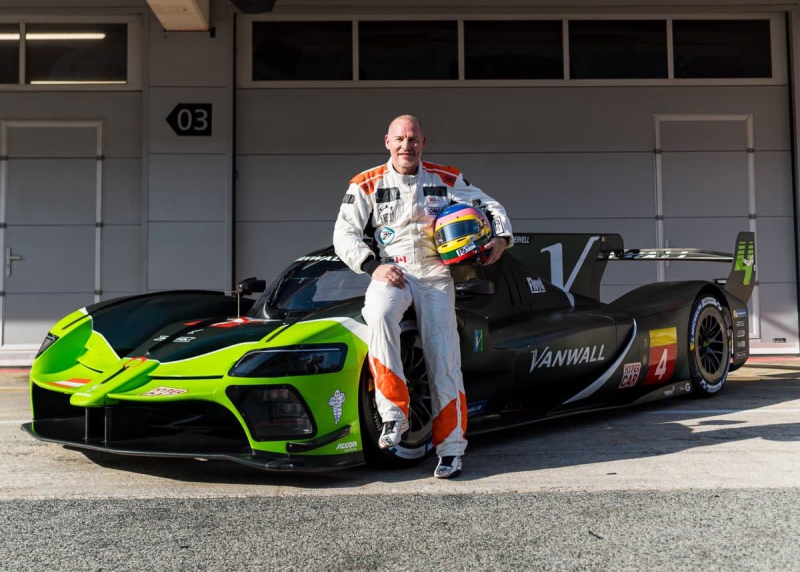 Although the final agreement has still not been signed with the team that covets his services, Jacques Villeneuve should announce shortly that he will compete in the seven events of the World Endurance Championship ( WEC), which notably includes the prestigious 24 Hours of Le Mans Classic in June.

According to a press release issued Wednesday by the International Automobile Federation, the new Austrian team Vanwall, with which the 1997 Formula 1 world champion carried out private tests in December in Barcelona, ​​is one of the 13 teams to have been selected. in the queen category of Hypercars.

“The first step has been taken, but there are still a few things to settle before officially announcing my participation,” said Villeneuve, in an interview with Le Journal.

However, this first step was the approval of this new team with the FIA ​​and the homologation of the car. Which is now done.

“Now we can talk and my chances are good to make the series. We have to agree on a few details…”

Aged 51, he has always maintained that he wanted to find a full-time steering wheel in an international series. “I've been waiting for this opportunity for more than 15 years and I'm getting closer. »

Villeneuve has participated in the 24 Hours of Le Mans twice. In 2008, he took second place on the podium.

The Vanwall team has also recruited Frenchmen Tom Dillmann and Argentinian Esteban Guerrieri, who will share the wheel. Villeneuve wants to make sure he will be at the start of all the events.

“The distribution of tasks is part of the negotiations”, underlines Villeneuve.

His schedule with the French network Canal+, where he is a Grands Prix analyst, is another factor to consider. Apart from the stops at Le Mans (June 10 and 11) and Japan (September 10), five of the seven stages are precisely in conflict with the Formula 1 calendar.

“It would take two Jacques Villeneuve, he says. I have to sit down seriously to manage my schedule which promises to be very busy over the next few months. »

The World Endurance Championship promises to be very competitive, with the return of renowned manufacturers such as Ferrari, Porsche and Cadillac in 2023. The season will begin in Sebring, Florida, on March 17, for a six-hour race, and it will end in Bahrain (eight hours) on November 4.

Villeneuve will be a dad for the sixth time. His partner, Giulia Mara, is due to give birth towards the end of May. “He is not a child who was conceived in winter like the others,” says the man who is the father of five boys, Jules, Joakim, Benjamin, Henri and Gilles, from three different unions.