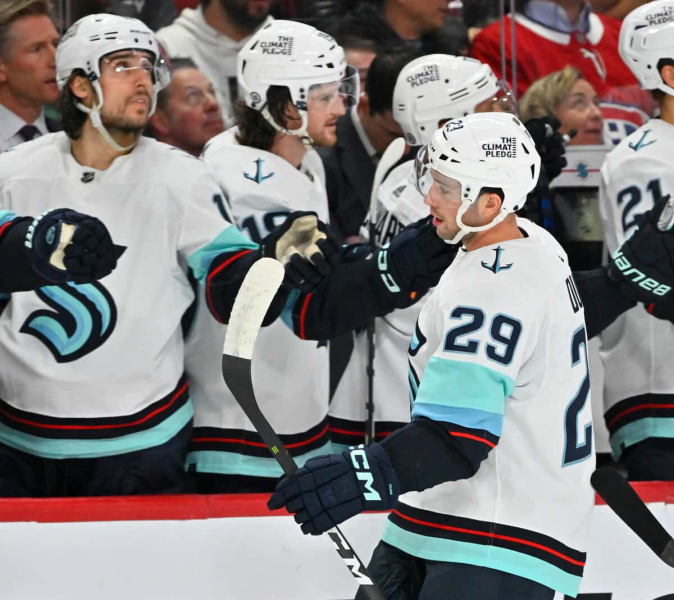 In the expansion draft, the Seattle Kraken made a few picks that raised questions among NHL watchers. On the other hand, its leaders have unearthed a quarterback with its 25th selection: Vince Dunn.

The defender had an excellent first half of the season with 28 points in 39 games with the Kraken. With his record, he is 14th among defensemen in the NHL.

During his career, he has never amassed more than 35 points in a single season. He did it twice. Unless there is a surprise, he will surpass this mark before the All-Star Game.

His most telling stat is his +20 differential, one of the best players in his position. He is also one of the Kraken's most used defenders with an average of 23 minutes per game.

“I like having a lot of responsibility, said Vince Dunn when meeting before his team's game against the Canadian. I want to be a player that my coaches can count on.

“I want to play a lot of minutes while facing the best opposition lines. I try to be a complete defenseman.

“I have made a name for myself on my team and in the NHL. This is the goal I have always set myself. »

When we look at the top 15 leading scorers among defensemen, we see something interesting. The majority of players in this group are 6 feet and under.

The players include Erik Karlsson, Josh Morrissey, Adam Fox, Cale Makar and Dunn. We are a long way from the days of the oxen of the West where the rears were colossi with a robust style.

Today, teams on the Bettman circuit are not afraid to enlist smaller defenders who are quick and agile.

“I have never looked at small defenders and m use them as models, says Dunn, who is 6 feet tall and weighs 203 lbs. I mostly looked at players like Nicklas Lidstrom.

“I compensate for my greatness by using my instincts. I see the game well. Even if I am small, I am able to be aggressive. »

If necessary, he will not hesitate to engage in combat. Moreover, he has had at least one duel on skates per season since his debut in the NHL. He also likes to distribute good checks. He is not shy.

“I try to create space for myself. In the NHL, it's easy to get sidelined. Even if you have talent, the fall can be brutal if you don't produce. You can find yourself out of the lineup and out of the league quickly.

Dunn will become a restricted free agent at the end of the season. He will complete a two-year contract worth $8 million.

The defender could get an attractive salary increase with his current performance. He is one of the pillars of the Kraken's defense.

As we can see with the Canadiens since the start of the season, an offensive defender like Dunn is worth his weight in gold . He will be looking for a contract that reflects his value.