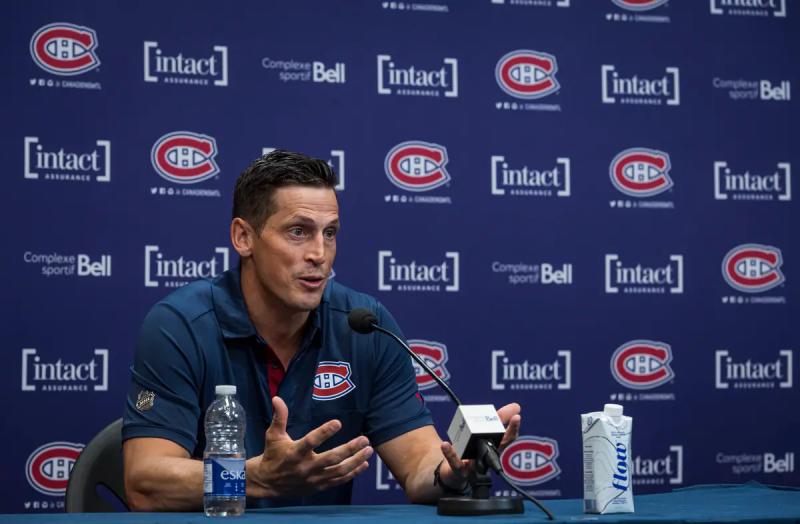 Kent Hughes may have wanted to dampen the ardor of the supporters by arguing that the organization was going to be patient with its first choice, but the outside pressure will be strong on whoever will be the lucky one.

Chosen first overall by the Tampa Bay Lightning in the 1998 auction, Vincent Lecavalier knows a lot about the issue. At the time, Art Williams, the owner of the Florida team, declared that the Quebecer would become nothing more or less than the Michael Jordan of hockey.

“I was lucky to have Jacques [Demers] with me after that comment. He protected me, he didn't put any pressure on me,” Lecavalier said of his first NHL head coach.

“It's been an exceptional year. I was playing on the third line. Jacques told me to continue to develop and improve, that he would make me play with good veterans,” continued the athlete from the L'Île-Bizard district in Montreal.

For this first of 14 seasons in the Lightning uniform, Lecavalier had scored 28 points, including 13 goals. A seemingly small harvest, but acquired within a team that finished the season 27th and last in the NHL with a record of 19-54-9.

Vincent Lecavalier, special advisor to hockey operations at the Canadian, spoke with reporters on Monday, a few days before the draft.

At the time of drafting the former Océanic de Rimouski, the Lightning was in its sixth season of activity. The squad had only participated in one knockout round. And the Tampa-area hockey market was far from as developed as it is today. will have been on Shane Wright, Juraj Salfkovsky or Logan Cooley in Montreal.

“I found myself in an organization that was not too winning. It allowed them to be patient with me the first year, said Lecavalier. It's not easy being number one and having outsiders asking you questions every day, but you have to live with it and grow with it.”

A call to the Ontarian

Like Wright, Lecavalier had been tipped to be the top of the class for several months when the auction began on the floor of the Marine Midland Arena in Buffalo, June 27, 1998.

In his capacity as special adviser to hockey operations for the Canadiens, Lecavalier made a phone call to the Kingston Frontenacs forward to share his experience.

“I wanted to understand the young man more and how he handled this situation over the year. I think he did it well, he said. I learned a lot about him. He is a good person who has high standards. »

Stanley Cup champion, 421 goalscorer , including 52 which earned him the Maurice-Richard trophy at the end of the 2006-2007 campaign, Lecavalier allowed himself the following advice to the young Ontarian.

“Whether you are the first or the 200th, the goal of all drafted players is to one day carve out a position in the NHL. Being a first-round pick just gives you the advantage of possibly having a quicker opportunity to do it,” he said.

“So enjoy the moment, but the next day, you have to get to work,” he continued.

A piece of advice that applies to all those who will hear their name, Thursday evening and Friday afternoon, at the Bell Center .