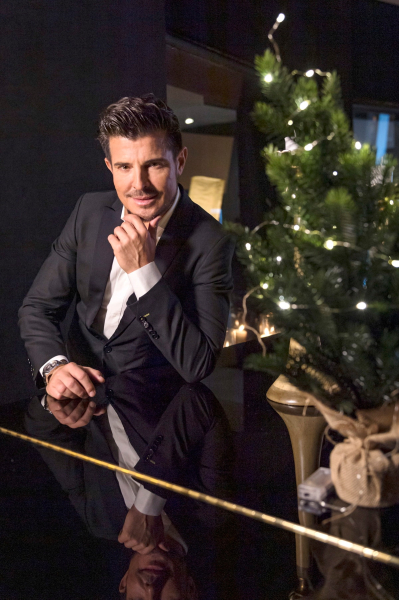 He has had a career in France for a decade, is well-known in Europe, has sold more than 1.5 million albums, has collaborated with many big names internationally and has even assured, at ten covers, the first part of Celine Dion. It was only a matter of time before lyrical pop tenor Vincent Niclo landed in Quebec, like a gift that arrived just in time for Christmas.

“I will be eternally grateful to him” , says Vincent Niclo straight away, speaking – necessarily, because we are in Quebec – of Celine Dion. “His meeting was a career booster for me.”

The pop-loving crooner remembers November 24, 2012 as if it were yesterday, when he was asked to sing All by Myself in front of Celine on a TV show. “I said to myself: but what are you doing here, he remembers. Then, I gave it my all and there was even a tear that flowed when our eyes met.”

The 47-year-old singer does not hesitate to declare that this performance, and the meeting that followed, changed his life. Because Céline, blown away by the talent of the Parisian tenor, hired him to perform the first part of ten of her shows at Bercy. “She changed my vision of show business,” continues the man who played two main roles in the musicals Beauty and the Beast and The umbrellas of Cherbourg. “Céline also gave me valuable advice, such as giving to the public so that they give back, and not being afraid of making a mistake.”

In Quebec for Christmas

If its arrival in Quebec coincides with that of the first snow, it is no coincidence. Quebecers can already discover his powerful voice on his album Le premier Noël ensemble available on the platforms and bagged in the special Christmas edition of the magazine 7 Jours. < /p>

On this disc, Niclo invited three Quebec stars to sing cult Christmas songs with him in French and English. Mario Pelchat (you have to hear them sing Midnight, Christians!), Martine St-Clair (Un jour Noël) and Krystel Mongeau, the big winner of Star Académie 2022 (The First Christmas). British singer Sarah Brightman also joins the singer to deliver a splendid Ave ​​Maria.

“It’s a pleasure album, explains the artist. I like to say that I do pop-opera; I don't do pure classics. At times, I like to inject slightly more lyrical outings. The choice of songs for the album was made in this way. Sometimes it's American crooner, sometimes it's a little tenor. It's a nice mix.”

Anyone who wanted to become a tenor by hearing Pavarotti sing on the radio one day will also hit the roads of Quebec with local artists during the Holidays. He will take part in the tour of the show Noël une tradition en chanson with Johanne Blouin, Joe Bocan, Martine St-Clair, Luce Dufault, Shirley Théroux and the group Suroît .

“Success, for me, is a mixture of timing, being consistent, luck, the right song (for him, it was the magnificent Anemo with the Red Army Choir, whose music video you have to watch!) and meetings. All my life, I tried to be who I wanted to be and I'm lucky that the public accepts all my little deviations, my various influences.