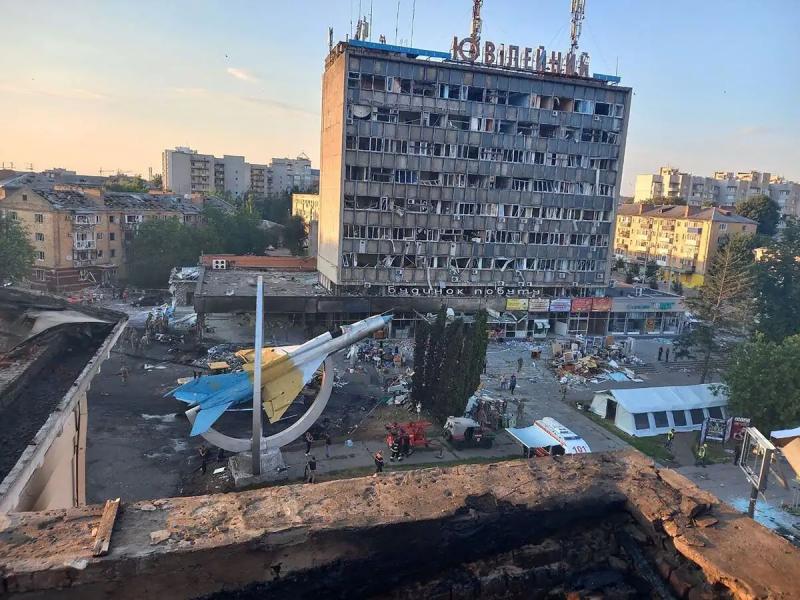 A US defense official on Friday dismissed Russian claims that the attack in Vinnytsia, which killed 23 according to Kyiv, targeted a Ukrainian air force meeting in this city very far from the front lines.

“I have no indication of the presence of a military target nearby,” the senior official told reporters. journalists on condition of anonymity.

“It looked like a building,” the official added, confirming that Russia launched the missile strike Thursday from a submarine.

Counting the attack on Vinnytsia, he estimated that 100 to 150 Ukrainian civilians had been killed in Russian strikes in the past seven to fifteen days, based on public information.

The Russian Defense Ministry says missiles fired from the sea hit Vinnytsia's 'officers' house' as a meeting of the 'Ukrainian Air Force Command with representatives of foreign arms suppliers' was held there. .

The images released by the Ukrainian Emergency Situations Service show dozens of carcasses of charred cars and a ten-story building devastated by the explosion.

According to the Ukrainian army, three missiles hit the parking lot. ent and this commercial building in the center of the city housing offices and small shops.