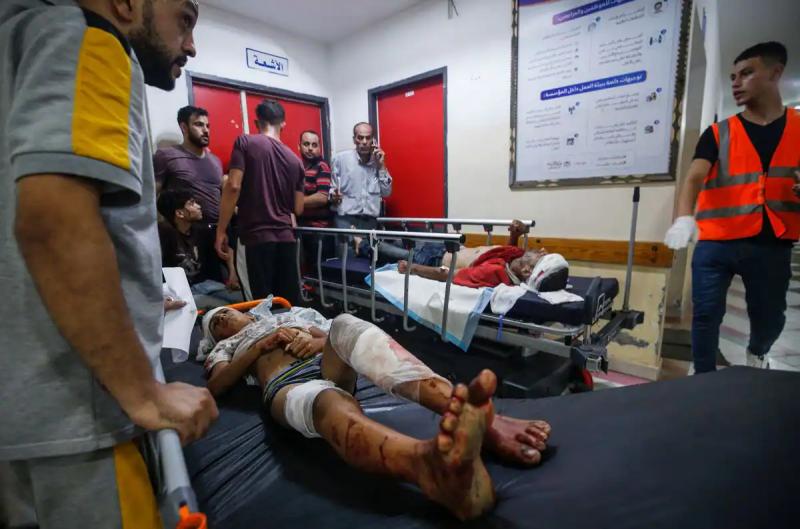 Twenty-four people, including six children, have died in the Gaza Strip since the outbreak of violence between Israel and the Islamic Jihad group began, the Health Ministry announced on Saturday in the Palestinian enclave.

The ministry claimed that these victims had been killed in Israeli strikes since Friday.

The Israeli authorities contradict this assessment and assure that several Palestinian children were killed on Saturday evening in Jabalia (north) by a failed rocket fire by Islamic Jihad at Israel, not by the military.

“It has been irrefutably proven that the incident is the result of a failed launch of a rocket launched by Islamic Jihad,” said this source, saying “have videos”.

Since the start of its operation on Friday, Israel claims to target sites belonging to Islamic Jihad, of which 15 fighters were killed according to the Israeli army.

In retaliation, the Palestinian group fired rockets towards Israeli soil, most intercepted by the Israeli missile shield. Two people were lightly injured by shrapnel, according to the emergency services.

This is the worst confrontation between the Jewish state and armed organizations in Gaza since the May war 2021, which had left 260 dead in eleven days on the Palestinian side, including combatants, and 14 dead in Israel, including a soldier, according to local authorities.

The Jewish state has imposed since 2007 a blockade on Gaza, a territory of 2.3 million people ruled by the Islamists of Hamas.