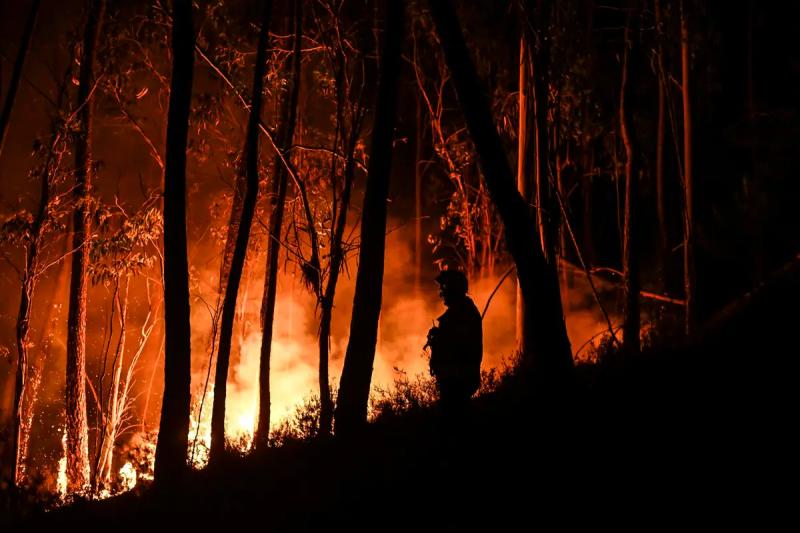 LISBON | Fanned by scorching temperatures and strong winds, the forest fires that had hit central Portugal this weekend resumed with force on Tuesday afternoon, causing the evacuation of several villages and mobilizing more than a thousand firefighters.

According to the images taken by the television channels, firefighters and the population were trying to slow down the advance of the flames which threatened localities in the municipalities of Leiria, Pombal, Ourém or Alvaizere, located a little more than a hundred kilometers to the north. of Lisbon.

According to data provided by the website of the National Civil Protection Authority, five outbreaks mobilized some 1,300 firefighters, more than 300 vehicles and a dozen planes or helicopters in this same region, at the confluence of the districts of Leiria and Santarém.

Three of them appeared on Tuesday but the other two had already declared themselves at the end of last week, ravaging around 2,500 hectares before being considered as contained on Monday morning.

The respite will have been short-lived because these blazes reactivated strongly on Tuesday, thanks to a further rise in temperatures and stronger winds than during the weekend.

“These are extremely violent fires with an already very large perimeter”, confirmed the national commander of civil protection, André Fernandes, during a press briefing at the start of the evening, referring to “extreme” and “unprecedented” weather conditions.

Several villages were evacuated as well as some 300 people who were in the town of Freixianda, in the commune of Ourém, he said.

The traffic was interrupted on several roads, including the A1 motorway which connects Lisbon to the north of Portugal.

Since Thursday, the emergency services have recorded around thirty minor injuries and at least a dozen damaged houses, according to a provisional report.

In a country which remains traumatized by the deadly fires of 2017, which left more than a hundred dead, the government has decided to reinforce the mobilization of the emergency services and to increase their powers.

“The weather forecasts for the next few days remain extremely worrying in relation to the risk of fires “, reaffirmed Prime Minister Antonio Costa on Tuesday, with temperatures expected to exceed 40 degrees in much of Portugal.

The thermometer rose to 43.1 degrees Celsius near the city of Abrantes, in the region of Santarém.

The heat wave is expected to continue to intensify on Wednesday, with 16 of the 18 districts of mainland Portugal placed under red alert by the national meteorological institute, i.e. double the Tuesday day.