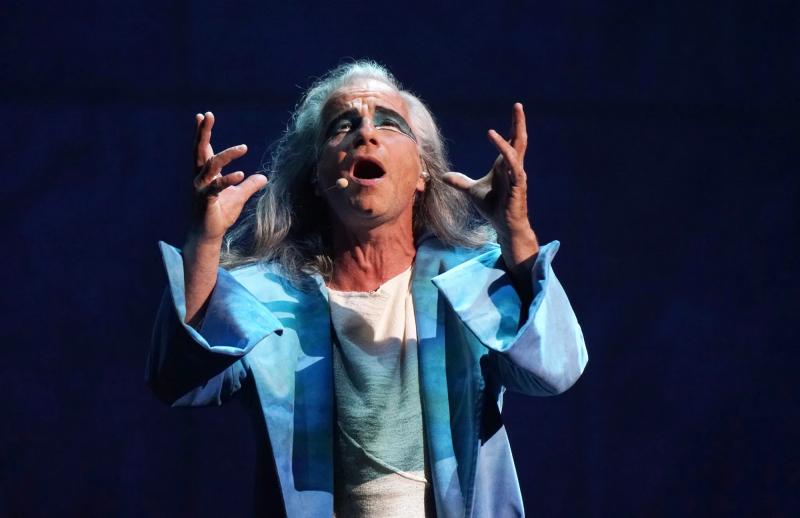 This was one of the shows of the summer not to be missed. Carried by an impeccable cast, which includes two performers from the original troupe in Daniel Lavoie and Bruno Pelletier, the musical still enchants as much, nearly 25 years after its creation. We were able to see it on Tuesday, during the Montreal premiere at Salle Wilfrid-Pelletier.

Could it be a gift he made for his 60th birthday, which he celebrated last Sunday? Still, Bruno Pelletier seems to have fun like a little kid in the role of Gringoire.

The performer, still very vocal, started the show to warm applause from the audience, to interpret the timeless The age of cathedrals. The tone was set in a brilliant way.

Immediately afterwards, with Les sans-papiers, audiences were spoiled with one of the most effective combos for a musical. The work of Luc Plamondon and Richard Cocciante has not aged a bit and is still just as powerful.

Much has been made of the return of Bruno Pelletier. Well Named. The singer is in fine form in more physical tableaux, such as La fête des fousand Le Val d'Amour.

Everything the world shines

But we realize quite quickly how the brilliant performer is just one among many, as his acolytes are all super talented.

In this Notre Dame2022 version, pretty much everyone has their little moment to shine on stage.

The musical has lost none of its luster, on the contrary.

Daniel Lavoie, who plays the tortured priest Frollo, is particularly present in the first act, giving us a very intense You're going to destroy me, where we see all the torments of his character.

Coming to the ninth scene of the first act, Angelo Del Vecchio's Quasimodo is disturbingly vulnerable. Of course, we can only think of Garou's interpretation of it at the end of the 1990s. But Del Vecchio has nothing to be ashamed of his performance. We believe in his Quasimodo.

Several titles well known by the public are performed during the first part. The Court of Miracles, delivered by a
Clopin (Jay) perched on a huge steel beam, was very well received.

Of course, we were expecting the gigantic Belle >, one of the most important pieces of our Francophonie. And we were not disappointed. Del Vecchio, Lavoie and Gian Marco Schiaretti (Phœbus) sent the ball to each other nicely, before finishing in unison, a moment that gave us chills.

At the time of writing these lines, the second act had barely begun. But already, relying only on the first part, we can say that this Notre Dame de Paris is a real success.

The show Notre Dame de Paris is presented until August 21 in Montreal. The production will then visit Quebec, Sherbrooke and Trois-Rivières until mid-September. For all dates: notredamedeparis.ca.