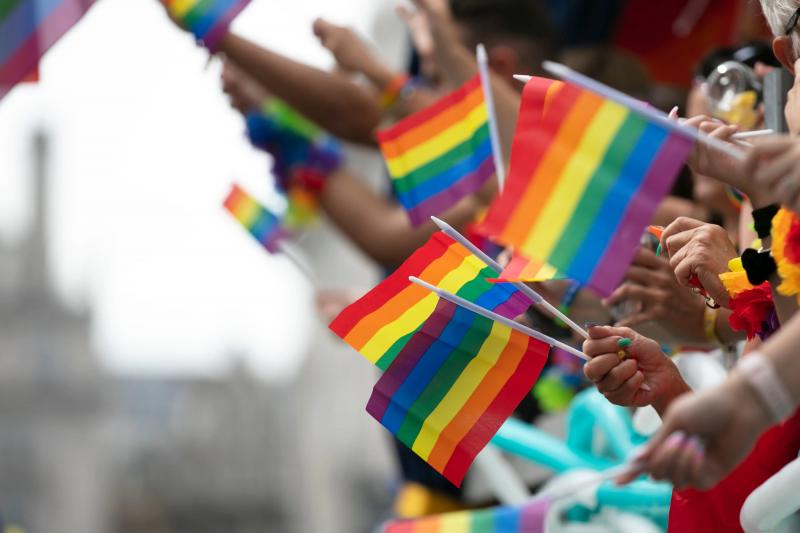 The House of Representatives on Tuesday passed legislation to protect same-sex marriage across the United States amid fears of a Supreme Court backtrack on the matter.

The bill, introduced only the day before in Congress, received the support of 267 elected officials, i.e. all the Democrats supported by 47 Republicans, during a vote greeted by applause in the hemicycle.

His chances of reaching the Senate seem more limited since ten elected Republicans would have to vote with the Democrats. Only Senator Susan Collins has so far said she is ready to do so.

Its inclusion on the agenda therefore seems to have the objective of forcing Republicans to take a stand on this subject which divides their electorate.

A large majority of Americans indeed support same-sex marriage (71%), including in the Republican ranks. But the religious right remains mostly opposed to it.

Whatever their position on the “Respect for Marriage Act”, the Republicans therefore risk finding themselves at odds with some of their voters before the midterm elections in November.

In concrete terms, the law repeals previous legislation defining marriage as a union between a man and a woman and prohibits civil registrars – regardless of the State in which they work – from discriminating against couples “because of their sex, race, ethnicity or origin”.

It therefore applies to people of the same sex, whose unions have been guaranteed since 2015 by the Supreme Court of the United States, but also to interracial couples, whether the High Court has been protecting since 1967.

But the High Court has just made a historic U-turn on the right to abortion, by annulling, on June 24, the Roe v. Wade, which had guaranteed American women's right to abortion since 1973 in the name of “respect for private life”.

In an argument accompanying this decision, conservative judge Clarence Thomas considered that the right to same-sex marriage or contraception, also based on respect for privacy, should in turn be revised.

Since then, progressive elected members of Congress have multiplied bills. “We cannot sit idly by while the hard-won gains of the equality movement are systematically wiped out,” said elected Democrat Jerry Nadler.

Two texts to protect access to abortion were therefore passed last week in the House and another on the right to contraception must be voted on there this week.

It is likely that they all stumble in the Senate.