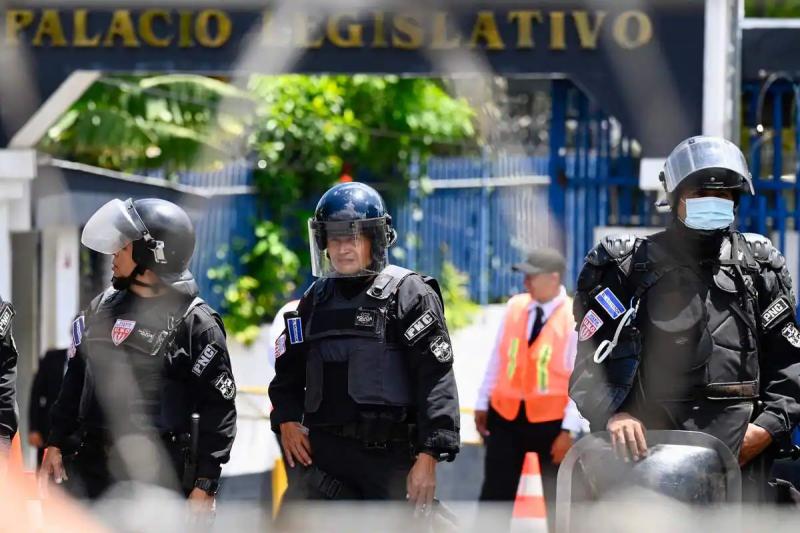 Police in El Salvador have arrested 50,000 people since the start of a “war” on gangs declared five months ago by President Nayib Bukele, authorities said Tuesday.&nbsp ;

“We have reached the figure of 50,000 people arrested during the state of emergency regime,” said the director of the National Civil Police, Mauricio Arriaza.

A total of 1,283 firearms and more than $1 million were also seized.

Adopted in late March after a wave of gang-related violence that left 87 people dead, the state of exception, which notably allows the police to make arrests without a warrant, has been extended month by month by Parliament, controlled by Mr. Bukele's supporters.

In total, some 66,000 alleged members of the “maras”, the criminal gangs of which the most important are the Mara Salvatrucha (MS-13) and Barrio 18, are currently imprisoned in El Salvador, counting the 16,000 already detained before the state of emergency.

To cope with this increase in the prison population, President Bukele ordered the construction of a gigantic prison with 40,000 places in the center of the country. This establishment should open at the end of the year.

The fight against crime has earned the young president, 40 years old and fond of social networks, record popularity in the country.

But NGOs like Amnesty International and Human Rights Watch have denounced arbitrary arrests and other human rights violations.