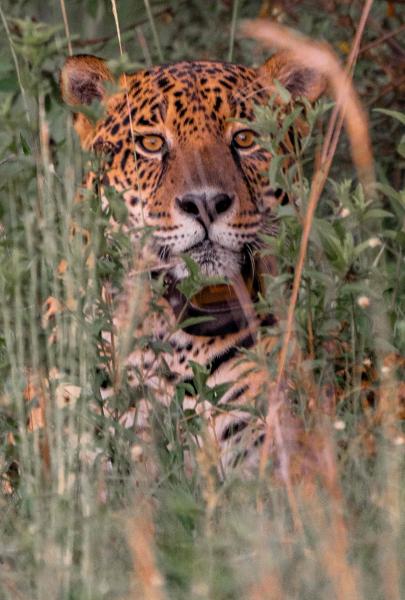 An Indian doctor has had to part with his pet big cats after spending months locked in his basement with them, due to the war in Ukraine.

When war in Ukraine was declared, Gidikumar Patil, who lives alone, vowed never to leave his home without his animals, according to the BBC.

The man 42-year-old lived and worked as an orthopedic doctor in a hospital in Svavtove, a small town in the recently annexed region of Luhansk in eastern Ukraine.

Mr Patil, who is a Ukrainian citizen since 2016, bought his animals from a zoo in the capital Kyiv almost two years ago. The male feline is a 24-month-old lepjag, therefore the result of a cross between a female jaguar and a male leopard. The female feline is a 14 month old black panther.

Two weeks ago, Mr Patil arrived short of money and had to cross the Polish border to work and feed his special pets.
The hospital where the doctor worked was recently destroyed by a bomb and Pr Patil was forced to seek refuge in a hostel in Warsaw with other refugees.
He entrusted the care of the two felines to a local farmer, but internet cuts prevent him from hearing from him.

“Their caretaker tells me that my animals miss me. The lepjag hasn't eaten properly for almost a week. The black panther is in a state of confusion. I want to save them and get them out of there, but I really don't know how,” he told the BBC over the phone from Warsaw.