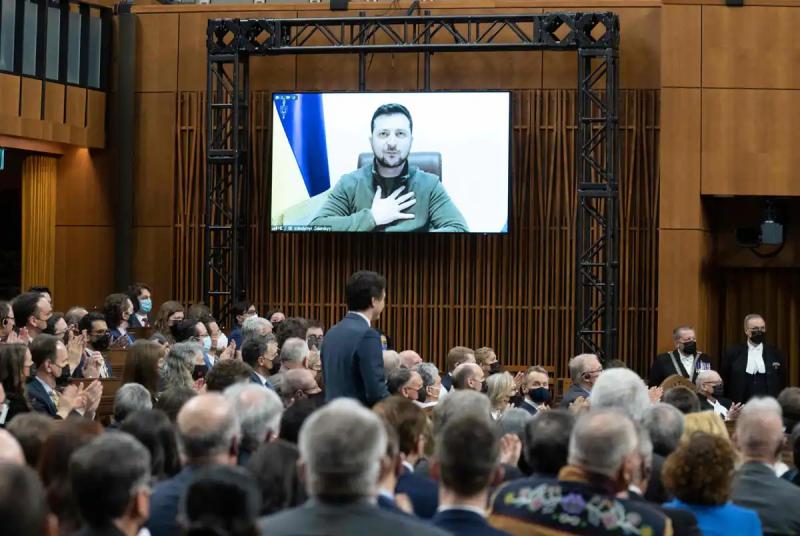 This was announced by Foreign Minister Mélanie Joly on Friday as Russian President Vladimir Putin signed the annexation of four regions of Ukraine to Russia, namely Lugansk, Donetsk, Kherson and Zaporizhia.

“These individuals and entities are complicit in President Putin's desperate attempt to undermine the principles of state sovereignty and share responsibility for the senseless carnage that continues across Ukraine,” Global Affairs Canada said on the subject. of these sanctions.

Certain commercial operations in the Kherson and Zaporijjia regions have also been banned.

“As the brave Ukrainians advance in a valiant counter-offensive, President Putin is trying to annex Ukrainian territory in a cynical and desperate attempt to validate the senseless war he has chosen,” said Ms. Joly.

Recall that Ottawa has imposed sanctions on more of 1,800 people and entities since the attempted annexation of Crimea by Russia in 2014 .