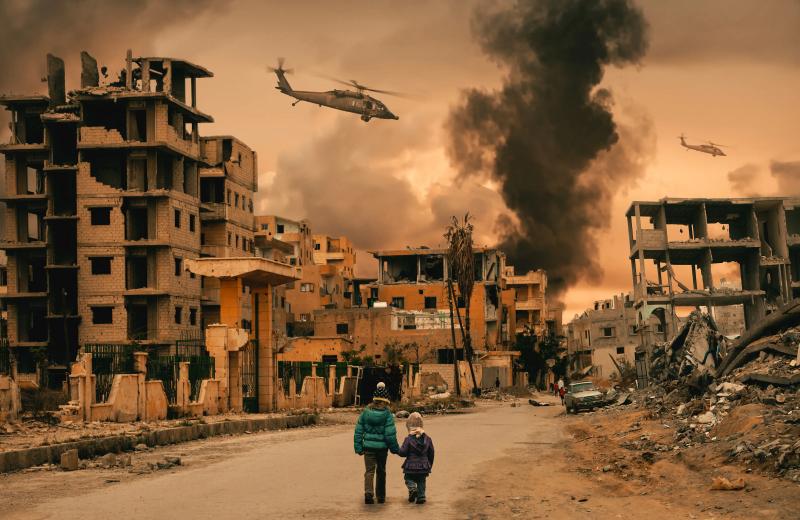 The French writer and war pilot Antoine de Saint-Exupéry said: “War is not an adventure. War is a disease. Like typhus. »

If we stick to this analogy, we can say that obviously, among humans, some of the supposedly most evolved beings on planet earth , there are those who are seriously ill and who work diligently on the architecture of the annihilation of humanity.

Predations, rivalries, dominations, hostilities, tensions, intimidations, conflicts, provocations, rumors of wars, wars, invasions, we hear that and more and more. No peace or rumors of peace… But where is humanity headed?

For centuries now, the denunciations of renowned artists have challenged us and made us aware of wars and their fallacious foundations.

I am thinking in particular of Bob Marley, whose music and lyrics rocked my childhood… The lyrics of his song War touched the hearts and inspired the minds of many peoples and generations.

Its chorus has been sung and declined in several languages ​​around the world:

“War in the east

“War in the East

War in the north

War in the south

[…] Everywhere this is war

But regardless of the language, the educational and soothing virtues of music have unfortunately not always achieved their objective efficiently…

The specter of nuclear war

As we can see, war, this “disease” driven by a variety of special interests, is always there.

And wherever we live on our planet, it affects all of us.

From the Middle East to the Korean Peninsula and the invasion of Ukraine, we are playing dangerously with fire.

And who really benefits from these wars? Certainly not to “ordinary populations”.

Very worried, it is Antonio Guterres, the Secretary General of the UN, who has just raised the red flag in the face of all humanity:

“Nearly 13,000 nuclear weapons are currently held in arsenals around the world. All this at a time when the risks of proliferation are increasing and the safeguards to prevent escalation are weakening…”

“Today, he says, humanity does not is only a misunderstanding, a miscalculation of nuclear annihilation.”

Since the beginning of the war in Ukraine, only a few voices have been raised sincerely calling for peace.

In what language should it be sung to be understood?