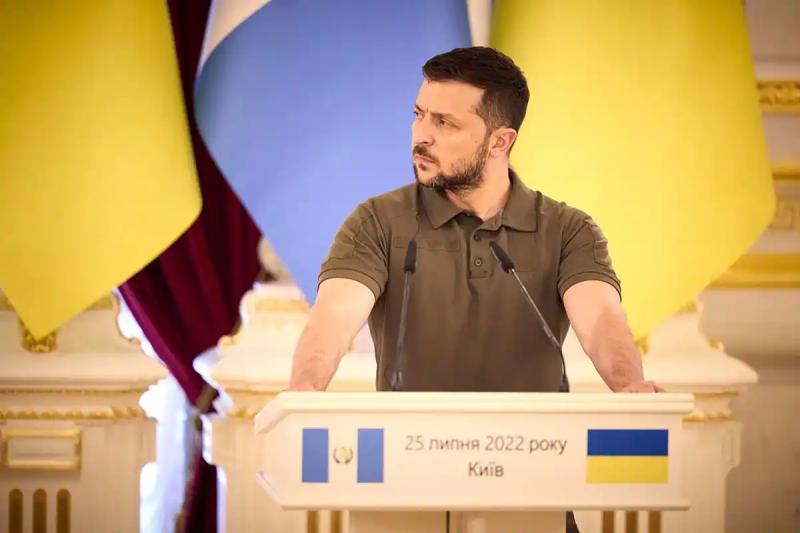 The United States on Tuesday urged Ukraine to choose a credible attorney general to replace the recently fired one, calling for renewed efforts to tackle corruption as Kyiv otherwise tries to repel assaults Russians.

“We join the people of Ukraine in stressing the importance of a transparent appointment of a new, highly qualified and truly independent attorney general,” State Department spokesman Ned Price told reporters. p>

“The independence and impartiality of the Prosecutor General is crucial to ensure the integrity of efforts to bring accountability to Ukraine,” he added.

The fight against corruption in Ukraine, a long-standing concern for the United States, is all the more important as the country at war wishes to join the European Union, noted Ned Price.

“Corruption must be fought even though Ukraine is defending itself against Russia's war of aggression,” he said, saying that if Moscow's offensive poses an “external threat” , “corruption represents an internal threat”.

Ukrainian President Volodymyr Zelensky announced in mid-July the dismissal of Prosecutor General Iryna Venediktova, as well as of the head of the security services Ivan Bakanov.

The Head of State criticized them for insufficient efforts in the fight against Russian spies and Moscow collaborators.

The United States, which has granted billions of dollars in aid, particularly military aid, to Ukraine since the Russian invasion of February 24, had already in the past stressed the importance of the fight against corruption.

So vice president, Joe Biden in late 2015 pressured the Ukrainian authorities to sack then-Attorney General Viktor Shokin in coordinated efforts with the European Union and the IMF, among others, because he was accused of covering up corruption in Ukraine and sabotaging government reforms.

The case had inspired unsubstantiated conspiracy theories about Joe Biden's son, Hunter, who was on the board of directors at the time. a Ukrainian company, and taken over by Donald Trump, President.

His efforts to convince re Kyiv to deliver compromising information on Joe Biden had then come to light, and had contributed to leading the American president for the first time to the brink of dismissal.