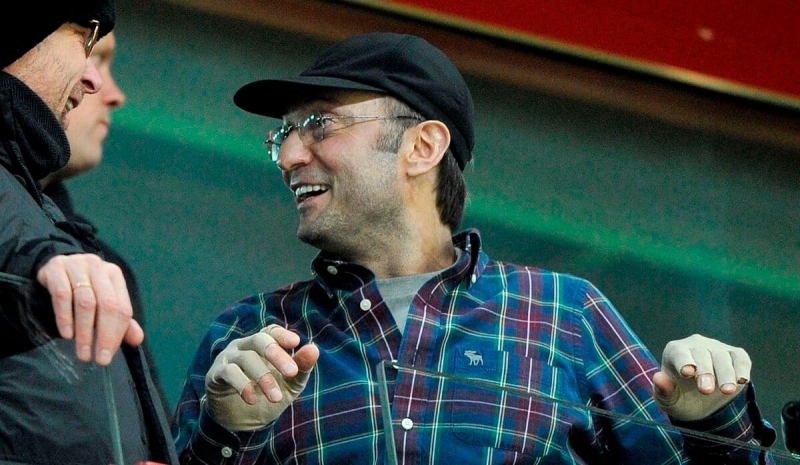 WASHINGTON | The US Treasury on Thursday announced the freezing of assets in excess of $1 billion of a US-based company controlled by Russian oligarch and politician Suleiman Kerimov, already sanctioned by Washington.

An investigation by US authorities “revealed that Kerimov used a complex series of legal structures and front men to conceal his interests in Heritage Trust”, a company based in Delaware, the Treasury said in a press release.

The billionaire was sanctioned in 2018 by the United States for alleged money laundering and he is now among the Russian oligarchs sanctioned by several countries and the European Union following the invasion of the Ukraine by Russia.

A native of the Russian republic of Dagestan in the Caucasus, Suleiman Kerimov became one of the richest men in the world after the fall of the Soviet Union. His family controls one of the giants of gold mining: Polyus.

On Sunday, on the first day of their summit in Germany, the leaders of the G7 announced an embargo on the newly mined gold in Russia.

Bloomberg's ranking of the world's richest people places him 127th, with an estimated wealth of $13.3 billion.

< p>Accusing Russian elites of “hiding behind intermediaries and complex legal arrangements,” Treasury Secretary Janet Yellen said her department would use its authority to enforce sanctions against “those who fund and profit from the war of Russia in Ukraine.”

Delaware's tax laws are among the most advantageous in the world for companies, and this state on the American east coast, stronghold of President Joe Biden, is home to many foreign companies .

In its statement, the US Treasury also claims that a nephew of Suleiman Kerimov, Ruslan Gadjiev, represents one of the beneficiaries of Heritage Trust.

Elected to the Russian Parliament, Mr. Gadjiev was already under the U.S. sanctions regime since March, and its involvement in the company “provides a separate and independent reason” for the freeze, Washington claims.

In early June, a Fijian court authorized the handover to the United States of the superyacht Amadea, linked to Suleiman Kerimov. The boat, worth some $300 million, was seized by Fiji at Washington's request.

In 2017, Suleiman Kerimov was also behind a diplomatic incident between France and Russia when he was arrested when he got off the plane in Nice, accused of tax evasion in the suspicious purchase of five luxury villas on the Côte d'Azur.

His lawyers were managed to have the first indictment quashed before the justice relaunched the case in March 2019.