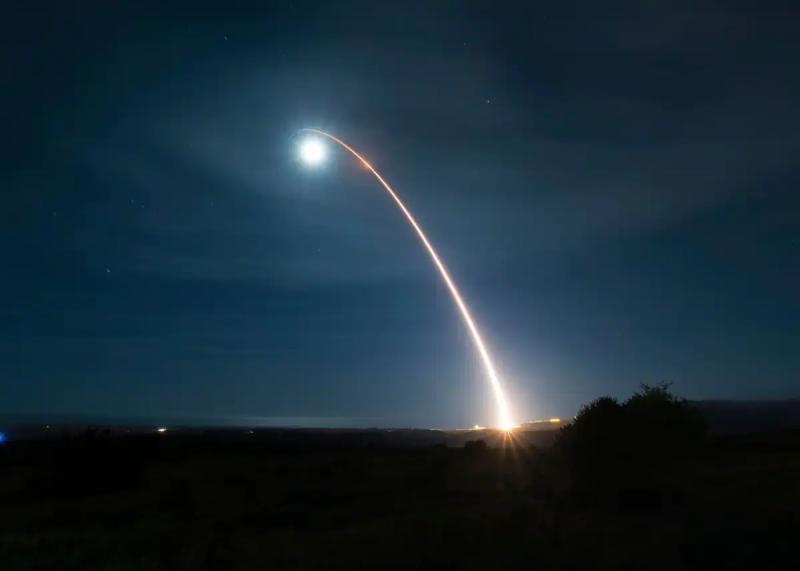 The United States announced on Tuesday that it had successfully tested a Minuteman III intercontinental ballistic missile (ICBM), a test postponed twice so as not to escalate tensions around Ukraine first, and from Taiwan more recently.

The missile, which was unarmed, was launched from Vandenberg Air Force Base, California, at 0 h 49 local time (7  ;h 49 GMT), the US Air Force said in a statement.

Equipped with a warhead that in wartime could carry a nuclear bomb, it traveled some 6,760 km before sinking at sea near Kwajalein Atoll in the Marshall Islands, the US military said. .

“This test is part of routine and periodic activities intended to demonstrate that the United States' nuclear deterrent is safe, reliable, and effective in the face of 21st century threats, and to reassure our allies” , underlined the American air force. “There have already been more than 300 such tests, and it is not due to current world events.”

The test was scheduled for March, but was first postponed due to Russia's February 24 invasion of Ukraine, with Washington fearing Moscow would use the ordinary test to expand the conflict to other countries.

It had been postponed a second time, in early August, after the visit of the Speaker of the American House of Representatives Nancy Pelosi to Taiwan, an island claimed by the Chinese authorities.

The China had reacted angrily to this move and launched the most important military maneuvers in its history around Taiwan: for five days, the army had deployed warships, missiles and fighter planes, simulating a blockade of the island.< /p>

“At a time when China is carrying out destabilizing military exercises around Taiwan, the United States is on the contrary behaving like a responsible nuclear power, reducing the risk of misunderstandings,” said a spokesperson for the White House, John Kirby, announcing the postponement of this test.