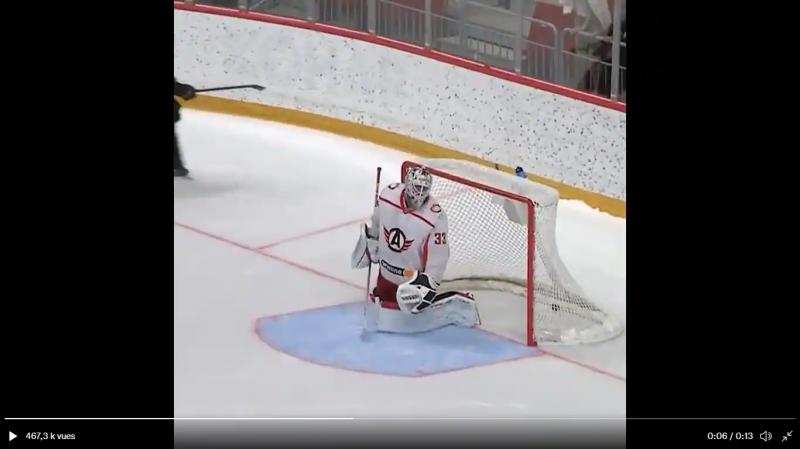 Do you know Nikita Tertyshny, a striker for Traktor Chelyabinsk in KHL?

As the answer to this question is probably “no” (nothing against you , dear readers, but let's admit that he is a rather obscure skater!), let's go to a brief presentation about him.

He is a right winger from 24 years old with a small frame (5 feet 8 inches and 149 pounds) having never been drafted in the National Hockey League. Ah yes, we also know now that he has absolutely magical hands.

During one of his club's preparatory matches presented on Saturday, the young man tried, in shots jump-off, a feint with a very high difficulty coefficient. And he pulled it off!

Watch it all in the main video.