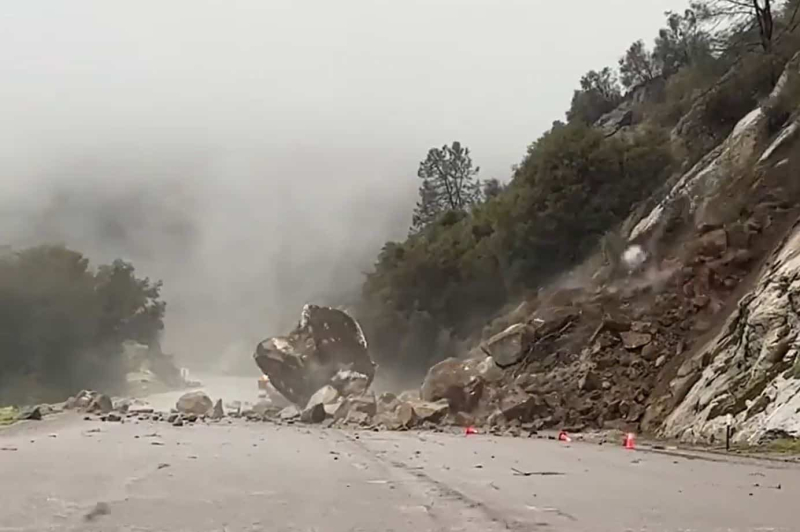 Several huge rocks tumbled from a cliff on Tuesday, finally ending up on Highway 168 in northern California.

Authorities had no choice but to close the four lanes of this road to ensure the safety of motorists.

See the spectacular scene in the video above.< /em>

Remember that California is grappling with successive major storms that have already killed at least 17 people.

The heavy rainfall of the last few days would have potentially increased the risk of rockslides in this area.

In the photos, we can see that the rocks that have fallen on the road are larger than an SUV.