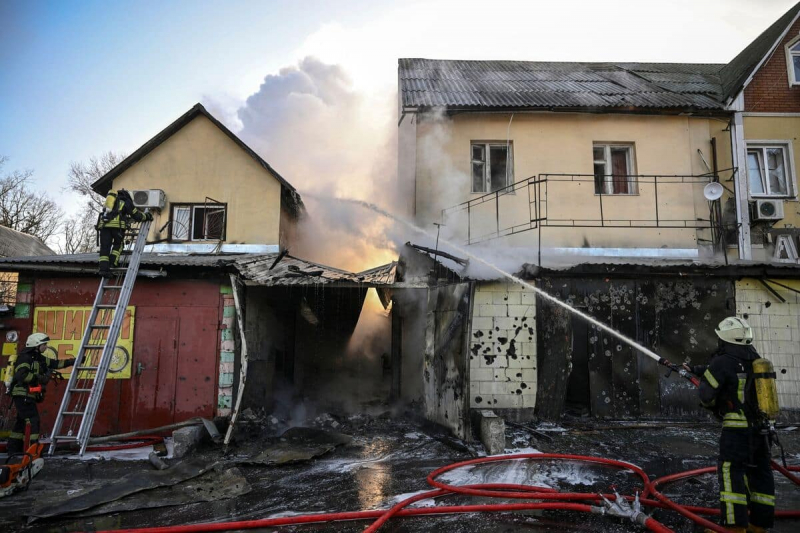 Water and electricity supplies have been 'restored' across Ukraine's capital Kyiv in the aftermath of Russian attacks that caused massive blackouts, it said Tuesday morning Mayor Vitali Klitschko.

The water and electricity supply “has been fully restored”, the mayor said on the social network Telegram.

The Russian strikes massive attacks against Ukrainian infrastructure on Monday morning had deprived 80% of the capital's inhabitants of water and cut off power to 350,000 homes.

Scheduled power cuts will however continue in the capital “ because the deficit of the electrical system, after the barbaric attacks of the aggressor, is significant, ”warned Mr. Klitschko as the anti-aircraft siren sounded again in the city on Tuesday morning.

According to the Ukrainian army, Russia on Monday launched 55 cruise missiles, 22 S-300 missiles and combat drones for a wave of strikes across the country, very often targeting energy infrastructure.

These strikes were among “the most massive on our territory by the army of the Russian Federation”, accused a conse iller of the Ukrainian presidency, Oleksiy Arestovych.

He welcomed the improvement of the country's anti-aircraft defense thanks to which “the destruction is not as critical as it could be. 'be'.

Russian strikes last month destroyed about a third of electricity capacity as winter approaches, according to Ukrainian authorities, who continue to urge Ukrainians to reduce their energy consumption as much as possible.