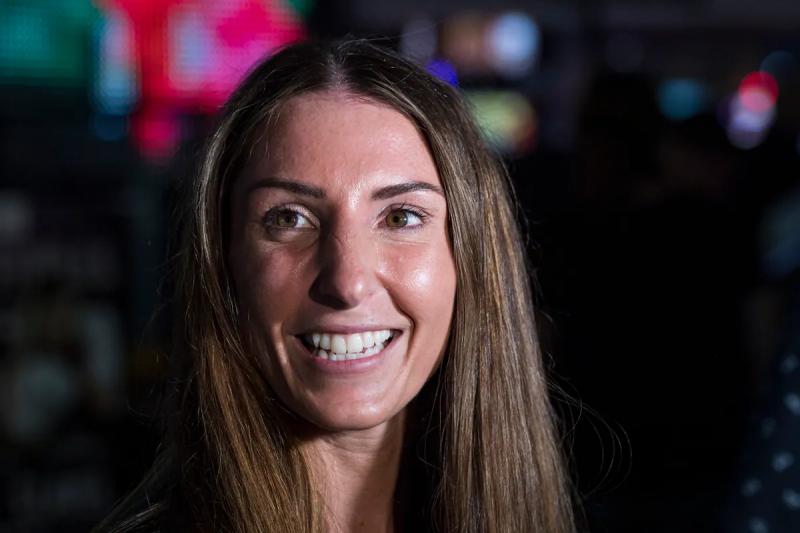 It's a proud and happy Kim Clavel that we met a few minutes after leaving the ring. For the new champion, this conquest is the accomplishment of thousands of hours in the gym with her trainer Danielle Bouchard.

“These are years of hard work and sacrifice,” said Kim Clavel, her face swollen from the blows of (Yenesia) Gomez. Boxing is my passion and I put so much of my time into it since I was a teenager. I haven't always had it easy. I had ups and downs. The road has not been a long calm river. I was lucky to have a promoter, Yvon (Michel), who worked hard.

“He always had a plan for me. It's the beginning of a great story. »

Apart from one or two streaks, Clavel was dominant against Gomez who sold his skin dearly.

“I felt good. I felt lively and fast, underlined the new light flyweight title holder (108 lbs). I expected her to be faster.

“I blocked punches well. I felt safe. Danielle (Bouchard) gave me tools between each round and it worked every time. I had fun boxing. ”

His performance was close to perfection. However, in the heat of the moment, it was not so easy.

“Gomez was tough and she had heavy hands,” Clavel said. She had hammers in her hands. I managed to get her out of her comfort zone. A world championship fight is never easy. “

” We think it was an easy fight because of the scores (100-90), added Danielle Bouchard . It was a big fight. Kim showed that she was the boss in the ring. »

What is next for Clavel? ? She might have to offer a rematch to Gomez.