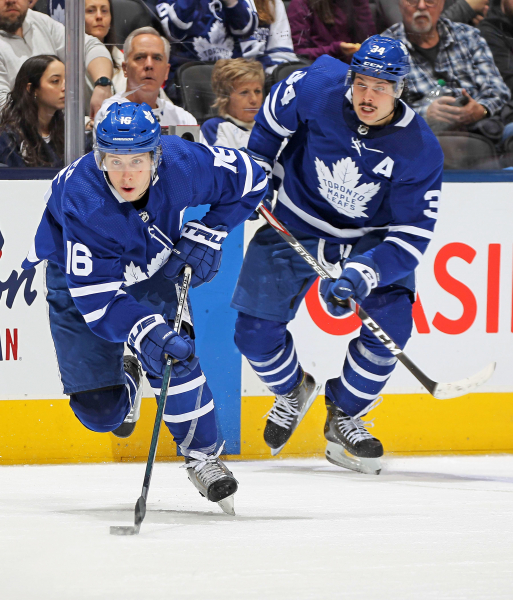 Toronto Maple Leafs head coach Sheldon Keefe wasn't kind to his best players after Monday's loss to the Arizona Coyotes. However, Mitch Marner and the other leaders of the team do not worry too much about these criticisms.

“The difference between us and Arizona is that we have elite players. And they didn't work as such, they didn't make a difference. Thus, the game became tight. That's what happens when these individuals don't take matters into their own hands the way they should,” the coach said in a post-game conference.

Wednesday, Keefe tempered his remarks , admitting that he had not used the right words to describe the situation. He expressed his ideas to his players more calmly behind closed doors.

“I spoke to him today [mercredi] and he explained to me what he meant, mentioned Marner during a press briefing. We have doors for a reason and we don't always speak in front of you [the media]. We understand. We're adults.”

The forward, who scored in the 4-2 loss to the Coyotes, accepted his coach's criticism. Despite their decent 2-2-0 record, Marner said he was at peace with the start of the season.

Several pointed out that Keefe had been too far in his statements after a frustrating setback. Arizona, visiting Scotiabank Arena, scored twice in the final two minutes to run away with the win.

“During this game, we weren't able to produce, whether it was on the power play or at five on five. That's what made the difference, despite all the puck possession we had,” Keefe said Wednesday.

The 42-year-old, who is entering his third season at the helm of the Maple Leafs, himself admitted that he had reacted on the spot of emotion. From now on, he will no doubt be careful before unleashing his frustration in front of the journalists.

“I believe that we should always be aware of the words we use and how we communicate. Sometimes emotions take over. You want to communicate correctly, it is important for a leader. […] It’s the nature of sport. Sometimes it works, and sometimes a dose of passion can be useful,” he said.

“It’s part of the game to explain the background of your thinking. I don't think anyone was hurt by his comments,” Marner said.