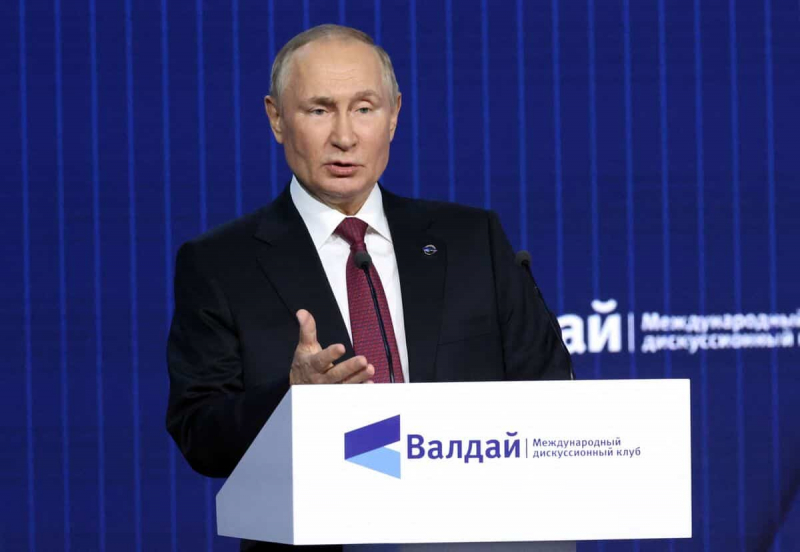 Russia is only defending its “right to exist” against Western powers, Russian President Vladimir Putin said Thursday in a new indictment against the West amid the conflict in Ukraine.< /strong>

“Russia is not challenging the West, Russia is just defending its right to exist,” he said during a speech in Moscow to the discussion forum of Valdai, accusing Americans and Westerners of wanting to “destroy, erase [Russia] from the map”.

The world is entering its “most dangerous” decade since the Second World War, estimated Thursday the Russian President Vladimir Putin, the West seeking to maintain, according to him, its domination on the planet.

“We are at a historic moment. We are undoubtedly facing the most dangerous, the most important, the most unpredictable decade” since 1945, estimated the Russian leader, judging that the planet is in a “revolutionary situation”, because the West is “desperately” seeking to impose his dominance.