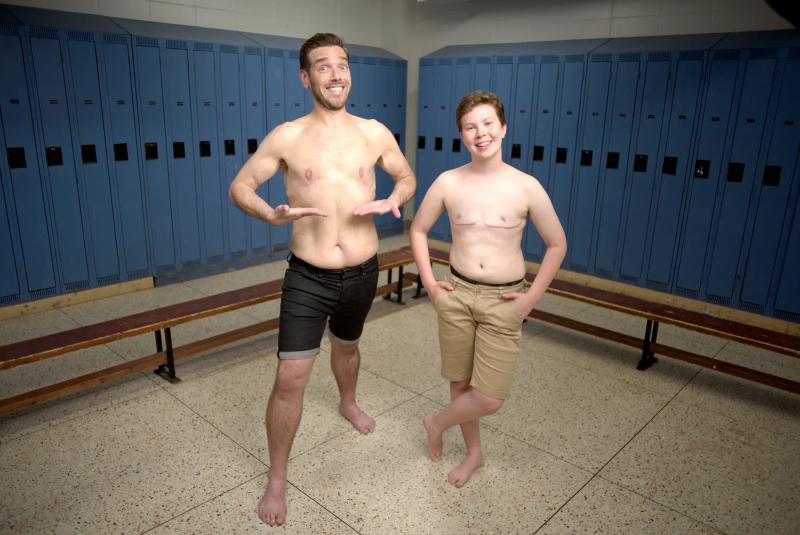 About 5 years ago, Jordan Dupuis and Anne-Lovely Étienne had the idea of ​​moving away from fiction for young people with a documentary TV magazine. This summer, they are shooting for On est render là, a project for Unis TV that is very close to their hearts, because they can meet young people from Quebec and the rest of Canada that they would have liked to have had as role models.

“When we were teenagers, we had no inspiring role models. We had nothing around us,” says Jordan Dupuis, one of the creators and hosts, but also content producer of the show.

Victim of homophobia and having to deal with an eating disorder , Jordan Dupuis will host this show with Anne-Lovely Étienne, who has experienced racism, and Vanessa Dumouchel, “a girl who assumes her queerness and her physical diversity”.

Solidly rooted in the reality of 2022, We got thereconfronted the main interested party with some of his prejudices and concerns.

Among other things, he met a trans 16-year-old who, like him, had a mastectomy, but who, unlike him, easily reveals the changes in his body on social networks. He was therefore inspired by it, even going so far as to star, alongside her, in a photo shoot.

“There is this desire to understand the new generation, what drives it, to be inspired by it and to make a generational 'handover',” says Jordan.

Each episode of the magazine will include an immersion , an interview and a challenge. The one on sports will revolve around a women's “full contact” roller derby game, will introduce the Bulldogs de Québec wheelchair basketball team and give the floor to the province's youngest male cheerleader.

The authenticity that emanates from the young people they meet is a personality trait that Jordan admires.

“These young people are uncompromising. They are not reacting against the older generations, they do not care. They just got there. I was trying to talk about transphobia with the 16-year-old, but he wasn't experiencing it. There are four trans at his school, in Sherbrooke, with an LGBT committee. »

With this programme, he wishes to create dialogue between generations and hopes that today's youth will be able to recognize the group power she has.

“We want young people to remember that they are the vector of change and that they are not alone. What makes them unique is their strength. This is what will take them further. »

The team of On est render là is shooting for several more weeks. The 10 episodes of the show in 30-minute format will be offered next spring by Unis TV. A podcast series and digital capsules will enhance the offer.