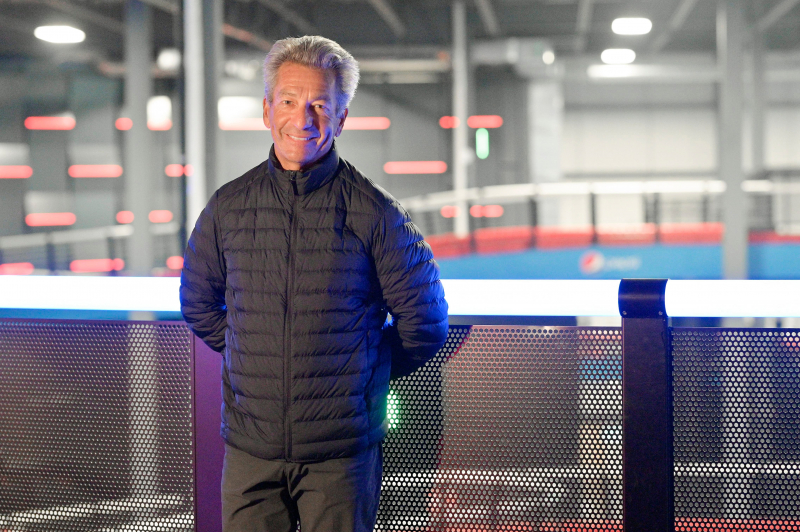 Richard Spénard admits having laughed when he read a headline in the Journal in 1987 according to which Jacques Villeneuve saw himself as a day Formula 1 world champion.

This renowned driver was a mentor for young hopefuls of motor racing in the country while contributing to the emergence of Patrick Carpentier, Greg Moore and many others. He was also the teammate of Gilles Villeneuve, Jacques' father, in Formula Atlantic.

Co-founder of the Spénard-David driving school, he was able to observe Jacques Villeneuve's first laps at the wheel of a Formula 2000 at the Shannonville circuit in Ontario, in 1987.

“  I have known Jacques since he was very young, when I raced with his father Gilles in Formula Atlantic. The two of us followed each other between races aboard our motorhomes,” Spénard told the Journal.

“ In 1986, Jacques did a training course for a few days at the Jim Russell flight school at the Mont-Tremblant circuit. Then during a trip to Monaco, I convinced Joann, Gilles' wife, that he come to continue his apprenticeship with us in Shannonville. Which he did the following year.

“He didn't show anything spectacular,” Spénard said. He did a full season at our school. He wasn't necessarily the fastest. A few times he managed to complete a fast lap, but it didn't hold. He made mistakes the next lap. Nothing suggested at the time that he had a super talent. »

At one point, his uncle Jacques (Gilles' brother) had come to spend a few days in school and he was faster than his nephew.

The trigger in Japan

Spénard had the quality of detecting gifted pilots .

“Carpentier [who was also his pupil] was more natural and more consistent than Villeneuve. Maybe he had a taste for competition [short track speed skating], unlike Jacques who probably hadn't practiced many sports requiring a high degree of concentration. »

“Jacques was definitely more of a daredevil than we thought. It was a very long time before he won races. When he went racing in Italy (in 1988), people didn't have much to say about him except that he was Gilles' son.

“But everything changed when he moved to Japan [1992] where the planets aligned for him. He became more serious. It was there that he knew how to exploit his talent. The same year in Trois-Rivières, at the invitation of Players, he finished third. The doors opened for him. »

A turn in Cleveland

« Then, in 1995, I find myself at the Cleveland circuit. Villeneuve secures the lead position and wins the IndyCar Series race. I had placed myself at the edge of the track near a very difficult corner to negotiate and that's when I realized that he was good. Honestly, both knees bent me when I saw him walk past me. The youngster is good,” recalls Spénard.

“ In 1987, Jacques had a vision that was not ours. Finally, it was he who was right when he saw himself as world champion. All in all, we were wrong with Jacques,” he concluded.