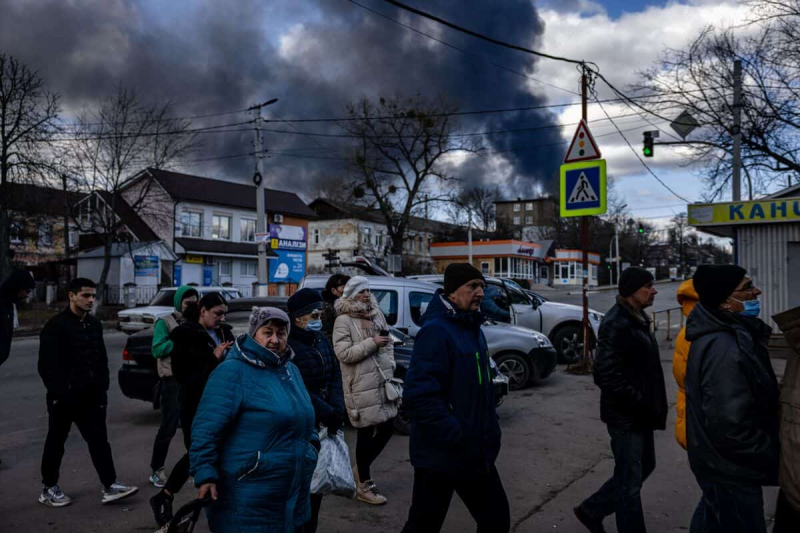 Volker Türk, who began his term as UN High Commissioner for Human Rights on Monday, urged not to target civilian targets as Kyiv was bombarded by Russia with drones.

“We have information from our colleagues who are on site about drone attacks and it is crucial that civilian infrastructure – that civilians – are not targeted and it is very difficult in densely populated areas,” said Mr. Türk, upon his arrival at the headquarters of the High Commission, where he takes over from the former President of Chile, Michelle Bachelet.

“It is clear that the escalation in the conflict is extremely disturbing in our eyes and this is what is happening in Ukraine, and in many other countries in the world”, underlined Mr. Türk, in front of some journalists.

“We need to come back to a deep understanding of why it is important to respect international law, because ultimately these are human beings who are not involved in war and they must be protected. “explained the new top human rights official in the UN.

Volker Türk, an Austrian national, was a close associate of the Secretary General United Nations Antonio Guterres before being appointed in September as head of the High Commission.

Kyiv, the capital of Ukraine, was hit four times on Monday morning during attacks drones that damaged a residential building and targeted the train station, local authorities said. Ukrainian officials.

Earlier, the presidency reported on “attacks by kamikaze drones” fired by the Russians.