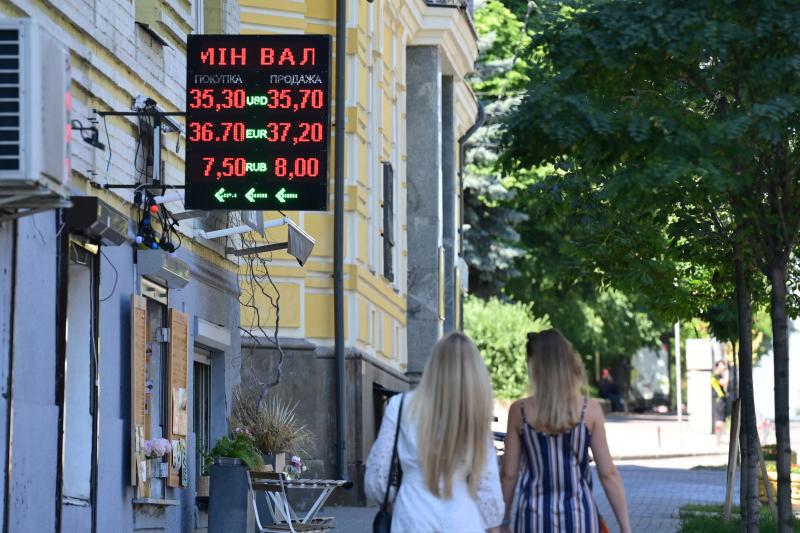 Viktoria Miroshnichenko has returned to work in her toy store which, like other businesses, has just reopened in Kramatorsk, near the front in eastern Ukraine, despite the sounds of daily shelling in the distance.

“It scares a little, but you get used to it”, confides, at the counter of the store selling stuffed animals, bicycles and scooters for children, the saleswoman who had found jobless for almost three months during which she says she received almost no public assistance.

The business had closed its doors shortly after the start of the Russian offensive on February 24, like most of the other stores in Kramatorsk, a city in the industrial basin of Donbass.

But for the past few weeks, they have been reopening little little and many people come back. “In my street, where there are about 300 homes, the inhabitants had almost all left, now they have almost all returned,” says Ms. Miroshnichenko.

The situation is paradoxical. Kramatorsk, a large city located in the center of what remains of Donbass under Ukrainian control, is gradually coming back to life while Sloviansk in the north, Siversk in the northeast and Bakhmout in the southeast are under fire from Russian artillery.

But people have no choice but to go home, says Oleg Malimonienko, who has just reopened his restaurant. “Ninety-nine percent of the time, it's because you have to eat well, pay your rent and the bills,” says the 54-year-old buxom man.

He now hopes that the clientele of his establishment will return, and perhaps also welcome Ukrainian soldiers who can be seen all over town.

“The soldiers are the ones who buy us the more items, especially knives and daggers,” says Natalia Kiritchenko, a saleswoman at a small store that reopened after three months of closure.

“Like us, many people have returned to Kramatorsk, but they have no money,” adds this 56-year-old woman who had no choice but to go back to work. She says she benefited from state aid during the store's closure, which was far from sufficient to make ends meet.

“When you hear more or less strong shelling on one side or the other, we feel the threat and we wonder what awaits us,” adds Ms. Kiritchenko with a resigned air.

The hardest part of getting to work when you don't have a car, observes Ms. Miroshnichenko, “is public transport, because the tram stops every time the bomb warning sirens sound”, and they howl many times from morning to night.

“Since the store reopened ten days ago, I have already walked once”, or 50 minutes of walk, adds- her.

The difficulties in getting around town or outside is precisely what prompted the “Centre for bikes” to resume service, explains one of the employees of this store in the basement of a building, Vladimir Pozolotin.

“Many have asked me on my YouTube channel when we reopen, because some are afraid to take the car, others do not have gas or do not want to get into the long lines at service stations, so they buy a bike or come to have theirs repaired,” explains the 33-year-old man, who pedals four kilometers a day to and from work.

For the moment, “the clientele represents only 10% of what it was before” the war “but it's better than nothing”, smiles the young man in a black track jacket, cap screwed on his head.

< p>He says he too is getting used to the sounds of the bombardments which for the moment spare Kramatorsk, where he has always remained since the start of the conflict.

“If it falls near from here”, he says in reference to the firing of rockets which hit nearby towns, “we'll see”. What if there is a serious threat to the city? “Leave? But where?»