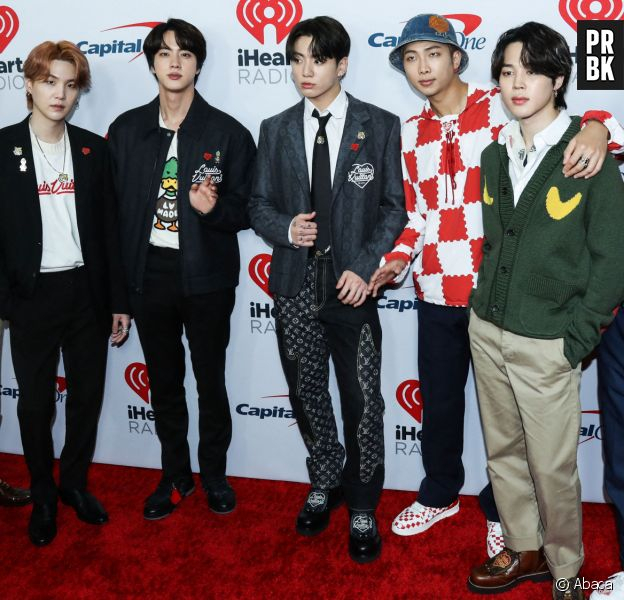 BTS Group Takes A Three-Year Break To Do Military Service BTS is going to take a REAL break. After already a few never very long breaks, the South Korean group will not be back until 2025. The reason? As expected, the seven singers will have to perform their military service, compulsory in South Korea. The label confirmed this break and fans obviously reacted on Twitter.

Formed in 2010, BTS has managed to cross the borders of South Korea to become the most popular K-pop group in the world. Tickets for their concerts are snapped up and their singles are a hit all over the world. They even paid themselves the luxury of being invited to the White House! But a shadow hovered over their heads: military service. For years already, fans had been warned that the band would definitely have to go on hiatus for this reason. After months of suspense, it's now official.

BTS members will do their military service well, back in 2025

This Monday, October 17, 2022, BigHit Music, the BTS label, announced a long break for the group. A few days after their big concert in Busan to support the city's candidacy for the organization of the 2030 World Expo, the label has therefore confirmed that the seven members will take a break in order to join the army. In South Korea,a military service of approximately two years is compulsory except for exceptional exceptions (granted to Olympic medalists and classical musicians). In 2020, a revision of the law pushed back the maximum age from 28 to 30. The members of BTS will therefore ultimately not be able to escape it.

“Jin will initiate the process as soon as the release of his solo album takes place at the end of October. He will follow the procedures of the Korean government. The other members of the group plan to do their military service according to their individual plans.” reads the statement, which adds, “The members of BTS look forward to reuniting again in 2025 after their service. >“

On Twitter, fans reacted to the big announcement and paid tribute to Jin, Suga, J-Hope, RM, Jimin, V and Jungkook with the hashtag #ForeverWithBTS. “I knew BTS at 15, I will meet them again at 25, while waiting to grow a little more I will never thank them for all the path they have helped me to cross“; “We knew this would happen sooner or later, as Yoongi said Let's grow and grow old together. We won't forget you. We will love you, think of you and support you forever if needed” or still “We'll be waiting for BTS no matter how long it takes” reads.

“We support and encourage our artists and are proud that they each have the time to explore their unique interests and do their duty in serving their country” the label added in its statement. A pride shared by the many French and international fans of the group.