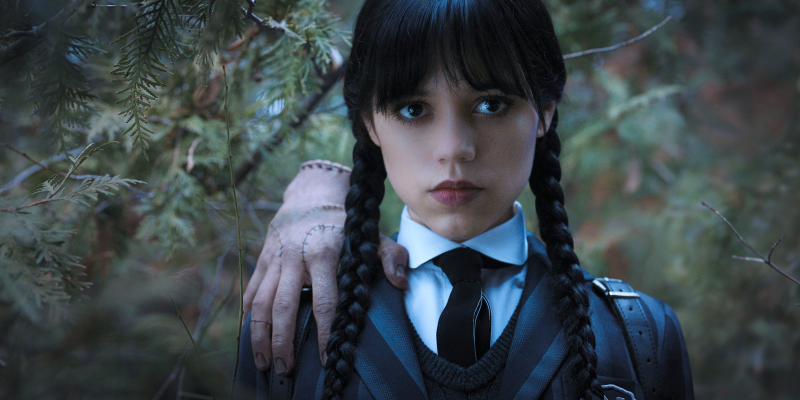 Long confined to the shadow of the Addams Family, Wednesday takes the lead today with a new Netflix series from Tim Burton. A perfect marriage… only in theory. Because the result turns out to be much less successful than anticipated.

It's hard to believe that Tim Burton's path had never crossed that of the Addams family, as their respective worlds are so closely related in their propensity for the gloomy, the sinister and the murky. Fans of both universes therefore collectively rejoiced when the project was announced.

But their joy may slowly turn to disappointment over the eight episodes of Wednesday , all dropped on Netflix earlier this week.

We find Wednesday Addams, a stoic and sadistic teenager expelled from her secondary school after having released a school of piranhas in the swimming pool of the establishment in the middle of swimming training. His expulsion will immediately send him to the benches of Nevermore Academy, a refuge for “different” young people. and ostracized, where she will rub shoulders with lycanthropes, shapeshifters and other mermaids.

Obviously, our [anti] heroine will have a hard time coping with it to make room and to fit into the mold as his companions do so adroitly. And that's when Wednesdaybegins to slip, threading the usual clichés throughout a generic, trivial and, at times, painfully syrupy plot. distort itself, to become a clone of the heroines found in any other cutesy and banal teen series.

Luckily Jenna Ortega saves the furniture with a few fleeting moments of genius. The young actress, accustomed to horror thanks to Scream, X and other Studio 666, breathes an energy of her own into the title character thanks to his repartee and, of course, his dark and mischievous look.

Wednesday is therefore not a total failure, neither from a narrative or visual point of view . But, we could easily have turned it into a macabre little gem by pushing the plug of the creepy and the lugubrious much (much!) further…

The series Wednesday is available on Netflix.