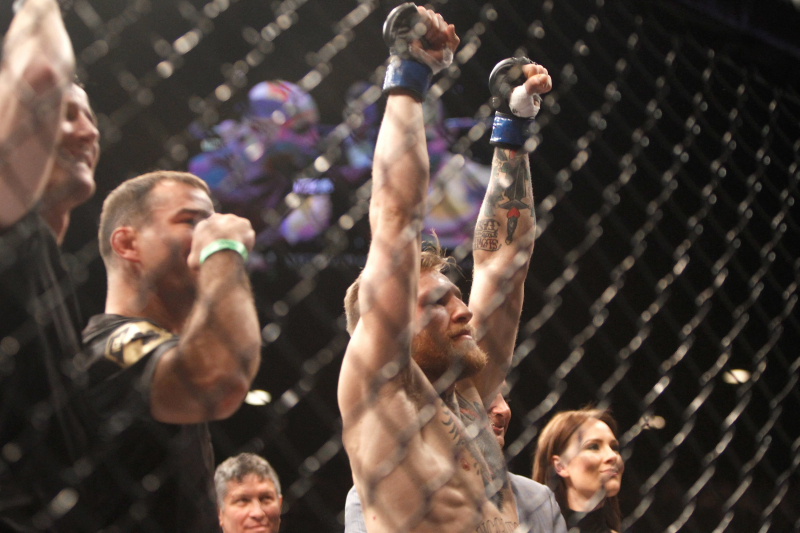 Dehydration, intensive training and crash dieting: any means is good in the world of ultimate battles to lose weight quickly. The weigh-in fight, often far more dangerous than the octagon fight, forces fighters to risk their lives to meet the requirements of their weight class.

“Weight cutting”, a controversial process that allows some athletes to lose 10 to 20% of their normal weight, is part of the culture of the sport.

Find out how fighters survive this extreme diet.

The athlete prepares his competitions about two months in advance.

“We increase the intensity of the training, we cut out certain foods, he explains. I go to the sauna and take hot baths to get my body used to the heat and sweating.

Mr. Medjedoub normally manages to cut about forty pounds at the end of the process. However, he believes that his healthy lifestyle limits the harmful effects of his weight loss.

He is concerned to see the fighters go to extremes. p>

“Put on weight,” but at what cost?

Dehydration is one of the controversial weight loss strategies.

Several methods are used to remove water from the body. Saunas and hot baths force perspiration. Excessive fluid intake and a sudden return to normal programs the body to evacuate more water.

These methods are very dangerous. The famous Khabib Nurmagomedov had to be hospitalized after losing weight in 2017.

The former champion of the UFC Daniel Cormier was unable to compete in the Beijing Olympics in 2008 due to kidney failure. Some athletes have suffered heart attacks in the middle of a fight. Others fell into a coma.

“I don't like doing that to someone,” pleads naturopath and trainer Jean-François Gaudreau.

Anyone who has worked with several UFC fighters believes that the The key to safe weight loss is support and prevention.

Mr. Gaudreau ensures that his athletes are accompanied by health experts. Blood tests are taken before and after the weight cut to properly monitor its effects on the body. The fighters are also evaluated by psychologists to see if they live well the stages of the process.

“It sometimes happens that athletes develop problems with food, he explains. Some will limit what they eat. Others will stuff themselves.

Abdel Medjedoub deplores the lack of attention shown by some organizers -to the issue of weight.

“People think that we are all followed by doctors. I confirm that the majority of fighters are left to their own devices,” he explains.

Jean-François Gaudreau believes, however, that changes in mentalities are taking place within large organizations. like the UFC.

“I spoke with members of the UFC medical team,” he explains. We are all aware of the risks and we share the same philosophy on the subject”.

The Ultimate Fighting Leagues could do more to limit the damage of the weight cut. Increasing their number of weight categories is one of the solutions provided. Boxing, for example, counts twice as much.

“It is certain that it would allow certain athletes to be in better shape, before the fights”, explains Mr. Gaudreau.

Abdel Medjedoub also asks for better medical monitoring from the organizers before the competitions.

“I have already helped guys to get to the scales because they were too weak to walk”, illustrates the mixed martial arts expert.

I think when weight cuts get to that state the fighters team should stop the fighter from cutting weight and try make the fight as a catchweight fight. I've said it many times, weight cutting is no joke. @ufc #UFVegas26 pic.twitter.com/apfQa23Ysx