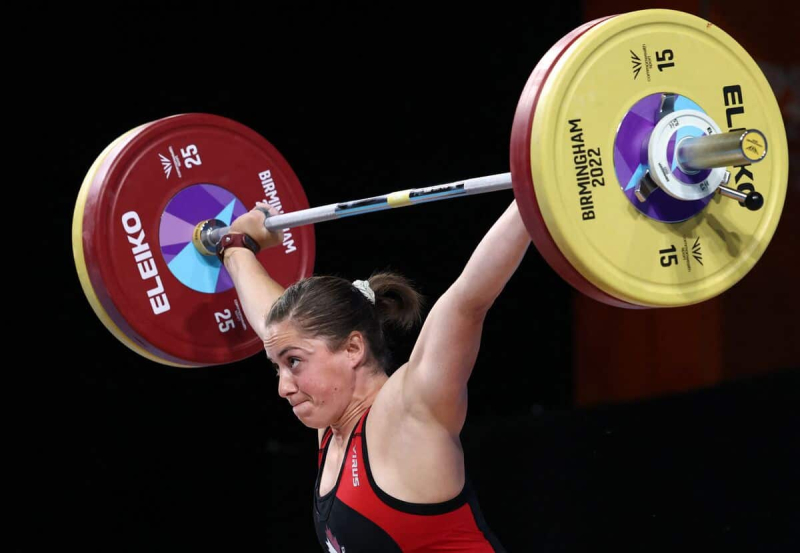 Gold medalist at the Tokyo Olympics in 2021, then at the Commonwealth Games in 2022 at 64 kg, Quebecer Maude Charron had to change weight category in preparation for the World Championships in weightlifting since the category of less than 64 kg is no longer on the program of the next Olympic Games.

Charron has chosen to move towards the less than 59 kg and strength is d admit that this transition went well, leaving Bogota, Colombia, with the bronze medal in the general classification.

After missing his first attempt at the snatch, the athlete from Saint Lucia recovered on his second chance by managing to lift his weight of 100 kg. She improved her result on the third attempt by lifting 103 kg.

Charron therefore won the silver medal in the snatch. The gold medalist, the Chinese Xiaomin Luo managed the same weight as the Quebecer, but climbed to the top step of the podium as she was the first to lift the load.

Her total of 231kg ​​has been enough to put her on the third step of the podium. Colombian Yenny Fernanda Alvarez Caicedo (234 kg) and Kuo Hsing-Chun (232 kg) were the only two to edge Charron in the general classification.

Quick success in his new category

In preparation for the World Championships, Charron competed in the North American Open Series in Calgary, Alberta. In her first competition in the -59 kg category, Charron won gold by lowering three Canadian records in the process: 95 kg in the snatch, 122 kg in the clean and jerk and 217 kg in total.

With regard to the qualification process for the Paris Olympics, five competitions have been targeted by the International Weightlifting Federation, including the World Championships. The best result of each athlete will be retained for the Paris Games where 10 athletes will be in action in each weight category.