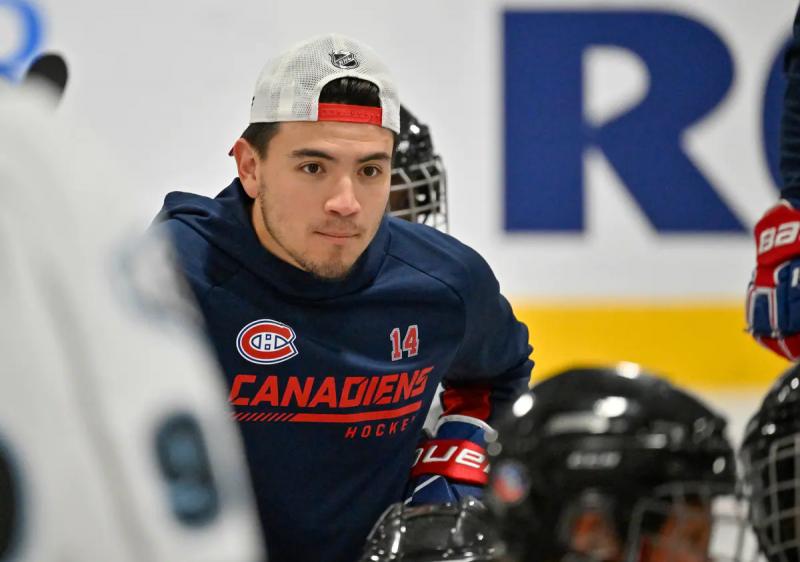 Very few observers see the Montreal Canadiens having success next season in what promises to be a year of reconstruction. This does not dampen the enthusiasm of Nick Suzuki.

In an interview with Montreal Gazette, the young center player explained why he believes the CH could thwart the odds.

“ I'm excited at the idea of ​​making people lie, he confided. I believe that people do not sell our skin dearly. I was talking to Sean Monahan about our training. We have a pretty deep team, and I think we're quite underestimated. That's not a bad thing, actually. I think we're going to surprise people.”

Number 14 also spoke, among other things, about the possibility of forming a trio with Cole Caufield and the “little” new Juraj Slafkovsky.&nbsp ;

“Slafkovsky and I have been training together for a few weeks, we skate together. It's good to get to know him, he's fun to be around. On the ice, he's bigger than I thought. He works very hard, he will be ready in camp and we will see how the lines are put together.

“One thing I noticed about him is that he likes to pass the puck. He will not just take a shot at the slightest opportunity. He wants to make plays and get the puck to the net. I think we would complement each other well in that sense.”