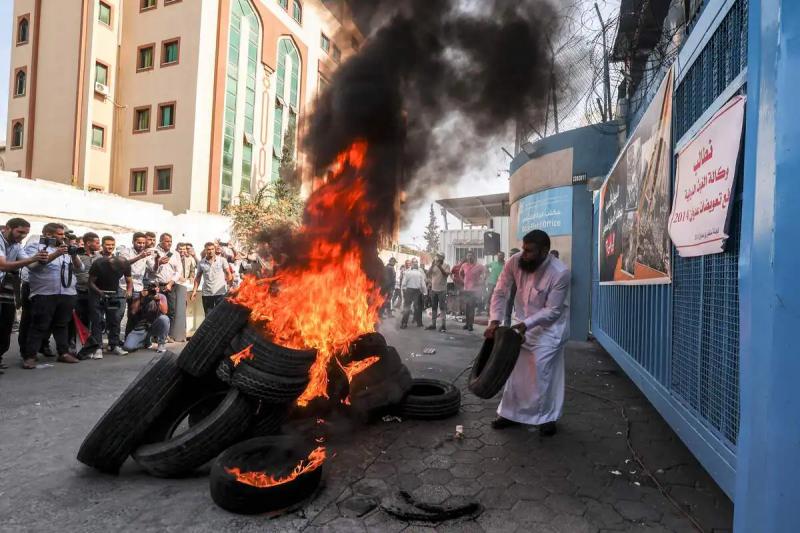 Three Palestinians were killed by Israeli forces on Wednesday in a raid in Jenin, in the northern occupied West Bank, the Palestinian Health Ministry said.

A source in Jenin governorate told AFP that among the men killed was Abed Hazem, brother of Raad Hazem who is accused of carrying out a deadly attack in Tel Aviv last April.

Nine other people were injured, two seriously, in the Israeli army raid, the Health Ministry said.

The Israeli army said that his troops killed “two suspects involved in a number of recent attacks”.

Raad Hazem, accused of killing three Israelis in a shootout in the Dizengoff neighborhood of center of Tel Aviv on April 7 had been shot dead shortly after the attack after an extensive manhunt.

Twenty people were killed in a series of anti -Israelis since March.

Since then, the Israeli army has stepped up its operations in the West Bank, a territory occupied since 1967 by the Jewish state, particularly in the regions of Nablus and Jenin where Palestinian armed groups are active.

These operations, frequently interspersed with clashes with the local population or combatants, left dozens dead on the Palestinian side and led to the arrest of more than 1,500 people, according to the head of the Israeli army, Aviv Kohavi.