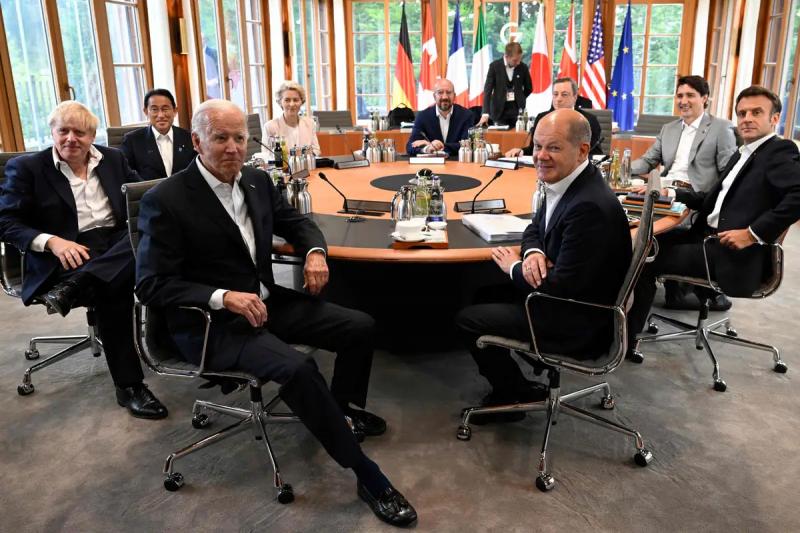 Western leaders on Tuesday warned Russia against any annexation of Ukrainian territory and once again gave their support to Kyiv, which has been facing an invasion by Moscow forces for almost seven months.

They were brought together by video as part of the “Crimean platform” summit, a format that brings together the main states supporting Ukraine and which was created by Kyiv before the war launched on February 24.

French President Emmanuel Macron called for having “no weakness, no spirit of compromise” in the face of Russia”, calling once again on Moscow “to cease hostilities, to withdraw its troops from all Ukrainian soil and to choose diplomacy to rebuild peace”.

“We condemn Russia. We will never recognize any attempt to change the status of any part of Ukraine whatsoever,” said German Chancellor Olaf Scholz.

Denouncing “the unprovoked aggression of the Ukraine by Russia,” he promised to continue sanctions against Moscow and to send new military aid to Kyiv, including air defense systems.

While pro-Russian officials in the occupied territories have raised the idea of ​​a referendum on joining Russia, as in Crimea in 2014, Mr. Scholz insisted that “no sham referendum or other attempts to change the status of certain parts of Ukrainian territory will not be recognized”.

British Prime Minister Boris Johnson has estimated that Russian President Vladimir Putin “wants to do to all of Ukraine what he did to Crimea “, peninsula annexed in 2014 by Moscow after an intervention of its special forces and a referendum of attachment denounced by Kyiv and the West.

“We cannot allow the borders to be modified by force of arms . We will never recognize the annexation by Russia of the territory of Ukraine,” he continued.

Mr. Johnson, like his Canadian counterpart Justin Trudeau, promised to continue aid to Kyiv and the policy of sanctions against Moscow until “Russia ends the war and withdraws its troops”.