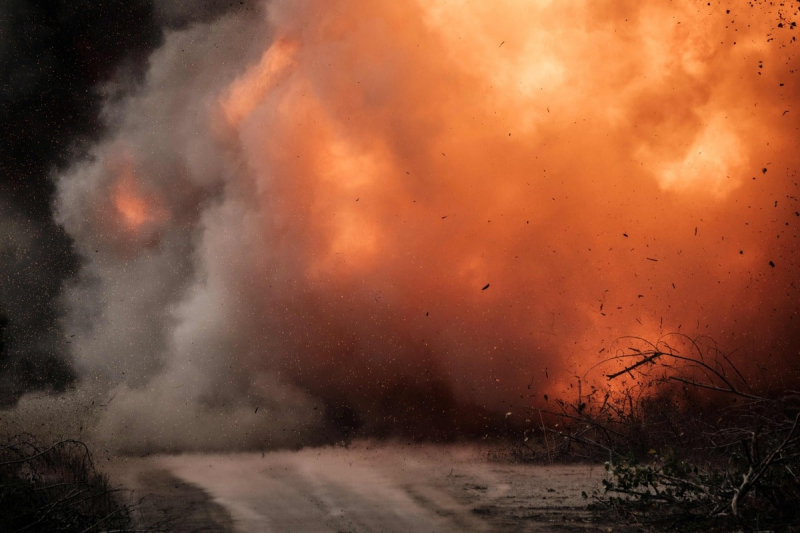 The “dirty bomb” that Moscow accuses Ukraine of wanting to detonate on its own soil is not a nuclear bomb, but a conventional bomb surrounded by radioactive materials intended to be disseminated as dust at the time of the explosion.

“If Russia says that Ukraine is preparing something, it means only one thing: Russia has already prepared all this,” reacted Ukrainian President Volodymyr Zelensky, accusing Moscow of thus seeking to justify an escalation. of the conflict.

This type of bomb is not considered an atomic weapon, the explosion of which results from nuclear fission (A-bomb) or fusion (H-bomb) and causes immense destruction in a wide radius. Building an atomic bomb requires complex uranium enrichment technologies.

Much less complex to make, the “dirty bomb” uses a conventional explosive and its main purpose is to contaminate a geographical area and the people who are there both by direct radiation and by ingestion or inhalation of radioactive materials.

The main danger from a “dirty bomb” comes from the explosion, not the radiation. Only people very close to the blast site would be exposed to radiation sufficient to cause immediate serious illness.

However, radioactive dust and smoke can travel further and pose a health hazard if the dust is inhaled or contaminated food or water is ingested.

Materials radioactive substances necessary for the manufacture of such an explosive device are used in hospitals, research establishments, industrial or military sites.

“Radioactive substances from nuclear fuel storage facilities used in the Chernobyl (Ukrainian) nuclear power plant can be used” to make a dirty bomb, Russian General Igor Kirillov, in charge of radioactive substances, chemical and biological products, argued in a statement on Monday.

In March 2016, the terrorist cell responsible for the Brussels bombings planned to manufacture a radioactive “dirty bomb” after video surveillance by two of the suicide bombers of a “nuclear expert éaire» Belgian.