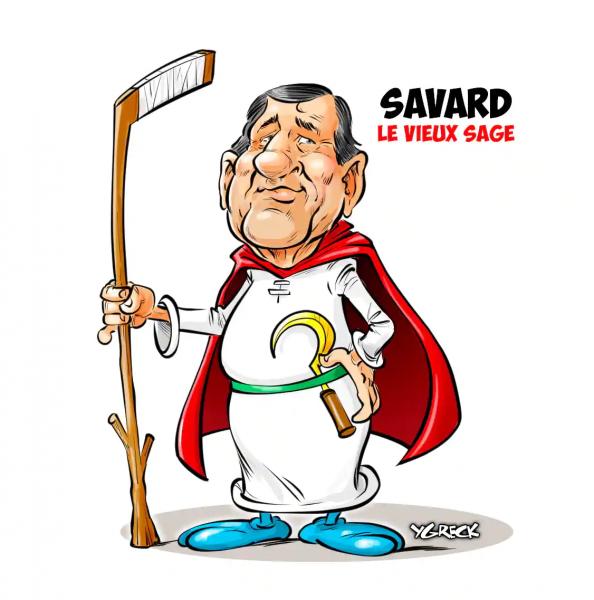 The last man to build a team to win the Stanley Cup in Montreal is called Serge Savard. He did it twice and was on the verge of a third potential conquest when he was fired. He also took this eviction very badly, and, 27 years later, his relatives will tell you, he still bears the scars.

He remained silent for several years. He limited his public outings and, over time, seeing the team of his life in decline, he chomped at the bit. Serge Savard, as we know, is also a prolific businessman.

If you have read his book, you know that he is politicized and that he has well-thought-out opinions. If you disagree with him, he will respect your point of view. He loves to chat.

In Montreal, Serge Savard, 76, is an eminence grise of hockey after having been a true leader on the ice and in the offices of the upper floors. We must see the response to his golf invitation as this annual tournament in his name, the profits of which are intended for student athletes at the Université de Sherbrooke, a cause he chose because he would have liked to study for a long time at the when he had to choose between his skates and school books.

Former teammates, former players he managed, former rivals make it a point to respond to this man who won ten Stanley Cups, Canada Cup in 1972 and who built a business empire. This omnium has become a must and $536,000 was raised last Tuesday at the Mirage golf club, of which Serge became a co-owner.

A SAGE IN THE COURT

Serge Savard is a well-thought-out, planned success, and after a long time, he began to speak more publicly to help this team to which he was attached from the age of fifteen.

Not like a mother-in-law, but like a member of the family who was tired of seeing her club looking for itself without finding itself. Serge Savard has indeed demonstrated that he has a recipe for building and he discreetly offered his help, his advice… at worst, his support.

Never did Marc Bergevin give him a phone call, if only for a lunch on a corner table. Savard had no further news from Geoff Molson and the Canadian remained on the floor. Do you think Serge Savard is looking for a job? No. He wanted to help.

In Boston, when big decisions come, great historical leaders are consulted because the team has a soul that resembles Cam Neely, Harry Sinden. In Pittsburgh, Gilles Meloche and Pierre Larouche are never far from Mario Lemieux. In Tampa, we see Dave Andreychuck, Phil Esposito. In Philadelphia, the Barbers, Clarks and Holmgrens are around, as are the Sittlers, Wendel Clarks and Gilmours in Toronto. They are there out of respect and because they have been quality links.

In Montreal, Serge Savard still has tools in his trunk, but he has never even been given the title of ambassador for his team. When, in the last draft, Jeff Gorton, arriving from New York and Boston, as well as Kent Hugues, originally from the West Island of Montreal, chose a single Quebecer and in the very last round, it had to be understood that Geoff Molson had understood nothing… or at least heard nothing, and in his own backyard.