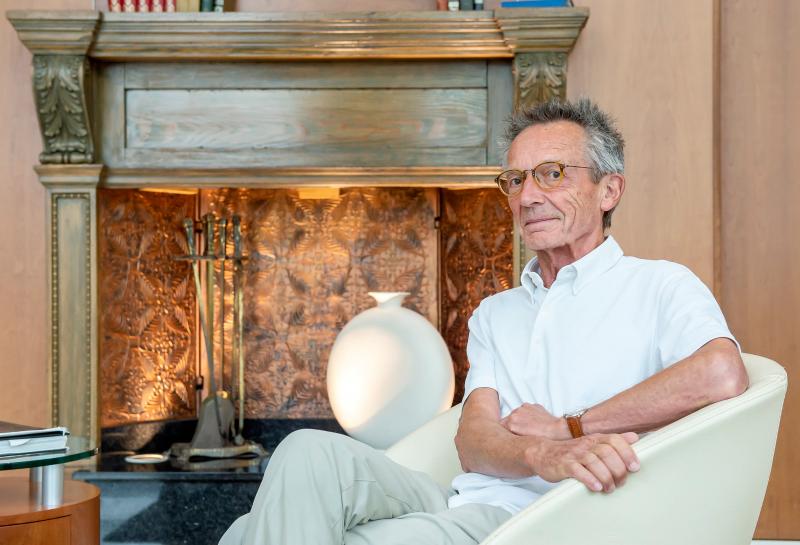 Patrice Leconte had been warned before working with Gérard Depardieu on Maigret. His peers did not indeed not shy to peddle gossip and hearsay about the notorious eccentricity of the famous French actor. “I've been told all the bullshit in the world. And finally ? What a mess! He was the most available and invested type during the filming “, drops the filmmaker.

It has been a long time — 59 years, to be precise — since Superintendent Maigret conducted an investigation in the cinema; the sacred monster of French literature, born from the pen of Georges Simenon in 1931, had elucidated his last mystery in the guise of Jean Gabin, in the early 1960s.

Since then, his adventures happened only in comics and on the small screen. It was therefore necessary to find an interpreter as legendary as the character himself for this great return. And the name of Gérard Depardieu quickly imposed itself on Patrice Leconte.

“It's almost surprising that no one has thought of offering him this role in the past. There are many points in common between Depardieu and Maigret. Apart from the volume – the character has always been described as bulky and imposing – there is this incredible sense of observation; they don't miss a beat, as they say. They see everything around them,” says the French filmmaker, who was in Montreal to present the film at the Fantasia festival on Tuesday evening.

The public of the metropolis will thus be the first in North America to discover this rereading of the novel Maigret et la petite morte. The famous superintendent is investigating the murder of a woman found dead on Place Vintimille, in the 9th arrondissement of Paris.

Patrice Leconte admits that he did not know Gérard Depardieu personally when he approached him for this new project. Certainly, he knew the escapades and the reputation, but the two men had crossed paths only briefly in various social events in the past. The complicity, however, was instantaneous, the actor accepting the role even before reading the script.

“ Shooting with Gérard Depardieu is like playing with a Stradivarius; he has an instinct for acting, rhythm, the stage… in short, it's a daily happiness”, he says.

This ” happiness ” will it be renewed with new Maigret investigations transposed to the big screen by the duo? The answer comes to us even before we have finished asking the question.

“ No. It is unthinkable. We wanted to do “our Maigret” and that’s what we did. I don't see what more could be said”, says Patrice Leconte.

Maigret will be premiered North American at the Fantasia festival on Tuesday evening. The film will then hit theaters on Friday.