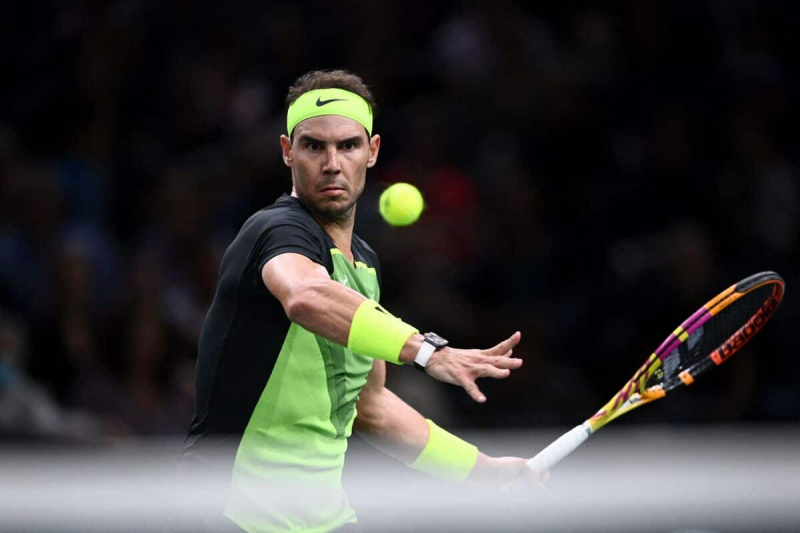 TURIN | “Oh! We almost had one less rival!” launched the Spaniard Rafael Nadal jokingly on Friday during a training session on the sidelines of the ATP final, which begins on Sunday in Turin.

This rival who was almost knocked out by the service of the world number 2 is Félix Auger-Aliassime. Félix escaped without injury, as shown in the video that has been circulating on social networks.

These are the risks of the job, after all. The risks of training with the best in the world a few days before making his debut at the prestigious tournament, which features the eight most successful players of the season, with the exception of the injured Spaniard Carlos Alcaraz.

Auger-Aliassime dreamed of it. His masterful end to the year – three consecutive titles, 16 wins in a row – propelled him into the elite. Friday, with his seven opponents for the next week, the sixth in the world posed in a jacket in front of the famous Piazza San Carlo. And behind the coveted trophy.

Thursday, the eight players took part in the traditional banquet kicking off the event, endowed with a purse of at least $3 million for the champion. “Thursday evening, jacket and champagne. Sunday, sneakers and sweat, ”wrote the 22-year-old player, the youngest in the event, on his Instagram account.

Sunday, yes, because it is at this time, at 8 a.m. Quebec time, that he will play his first match in this tournament which he has followed closely since his youth. Faced with a well-known rival: his friend the Norwegian Casper Ruud, the very one who had curtly eliminated him in the quarterfinals in Montreal, last August.

“These are difficult memories, admitted Auger – Aliassime Friday, during the day for the media. I lost heavily in front of my fans, in my city.”

“It was one of those days where you want to leave the pitch because nothing is working. I hope for a different scenario this time. I'm sure it will be a hard-fought game, but I believe in my chances of winning,” added the fifth seed, according to what the ATP website reported.

Félix will then continue its route against the American Taylor Fritz, eighth seed, and against Nadal, first seed. Two players he has never beaten, even if he is one of only three athletes in history to have pushed Rafa to play a fifth round at Roland-Garros in the spring.

The Quebecer is guaranteed to play at least three games in Turin, since the start of the event is played in the form of a round robin.

In Turin, Felix found a locker in his name, with his photo on it. It is certainly not for this reason that he had made the ATP final one of his objectives for the season, but the Quebecer told the ATP that he was charmed by this initiative specific to the tournament.< /p>

It's what he went to admire first when he arrived at the Pala Alpitour stadium in Turin this week, he said.

< p>That famous locker he saw when he was young, when he admired the best racquets in the world competing for the honors of the championship at the end of the season.

“I remember watching the tournament when I was young. This tournament inspired me and now I am part of it. The circle is complete! I hope it won't be the last time,” smiled the sixth in the world.