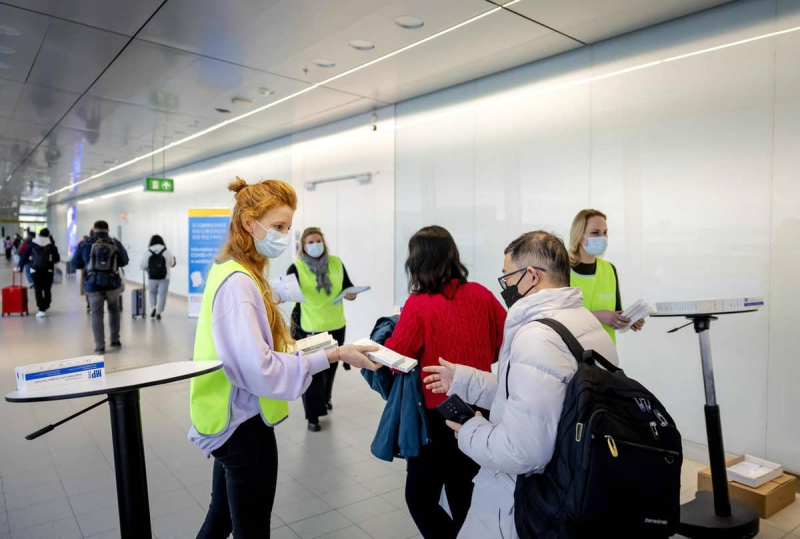 More than a dozen countries have decided to impose new anti-COVID regulations on travelers from China, a country hit by a surge in cases since its decision to relax its strict health policy.

Travel from and to China could increase since Beijing announced the end, from Sunday, of mandatory quarantines on arrival in its territory, the last remnant of its so-called “zero COVID-19” strategy.&nbsp ;

The following countries require a negative drug test or have other rules in place upon arrival from China:

As of Thursday, the United States will require a negative Covid test on entry to the territory, which must be carried out 48 hours before departure from China, or a document proving that the passenger has recovered from the coronavirus within the Previous 90 days.

Accepted are “a PCR test or antigen self-test administered and supervised by an approved provider or telemedicine service,” according to the US Centers for Disease Control.

These rules also apply to travelers from Hong Kong and Macao.

As of Thursday, all persons arriving in France from China must present the proof of a negative test (PCR or antigenic) less than 48 hours old.

The EU this week “strongly encouraged” its member states to impose pre-flight screening in China, and “encouraged” Twenty-Seven to supplement the negative test with “random testing” on arrival on European soil.

A negative PCR test is also required before arriving in Australia, which invokes “a lack of complete information” from Beijing on the wave of contamination.

It is required for all travelers from China, including Hong Kong and Macau.

Ottawa requires a test taken less than two days before departure from China.

From Thursday, all passengers arriving at a UK airport must show a negative test before to ship in China.

The UK government further reserves the option of testing “a sample” of arriving passengers to monitor the appearance of new variants.

< p>Israel requires Covid testing for all foreign passengers arriving from China, backed by the establishment of a screening center to test volunteer arrivals.

At the end of 2022, Japan is one of the very first countries to have new rules in place for visitors from mainland China, now subject to mandatory testing on arrival.

People who test positive will be quarantined for seven days in designated facilities. Tokyo will also limit flights from China.

The island of Taiwan, which Beijing considers part of its territory, has also imposed mandatory screening, with travelers from mainland China having to undergo a saliva screening upon arrival, according to CNA.

South Korea has also taken steps to screen travelers from China, requiring them to provide a negative Covid test before and after arrival. < /p>

Travelers from Hong Kong and Macau are also affected by this screening.

From Friday, all passengers arriving from China will be required to present a negative pre-flight test and undergo mandatory screening, according to the Ghanaian Ministry of Foreign Affairs.

To enter its territory, India requires a negative test carried out less than 72 hours before departure from China and other Asian countries.

People infected after their arrival “must respect sanitary isolation”, according to the QNA agency.

Morocco has adopted the strictest measure: it simply prohibits entry into its territory to all travelers from China, “regardless of their nationality”.

And this from Tuesday “ju until further notice”, in order to “avoid a new wave of contamination in Morocco and all its consequences”, according to the Ministry of Foreign Affairs.