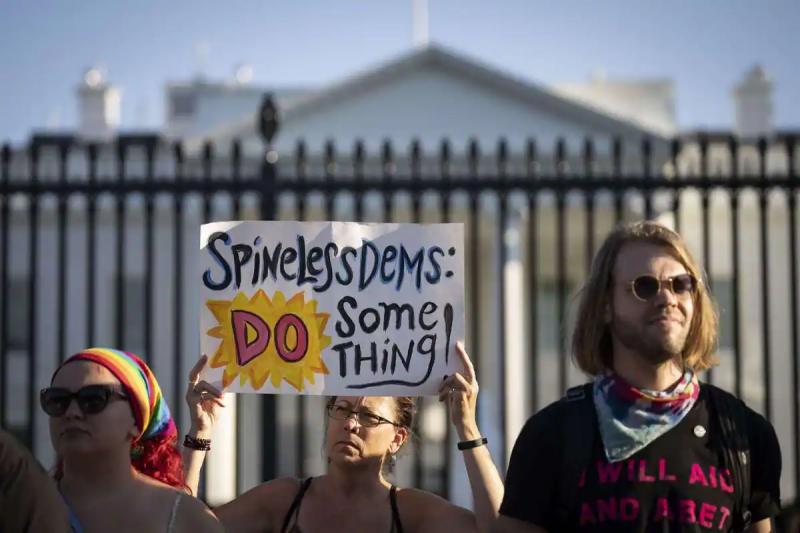 The White House on Friday lambasted “extreme” laws taking effect to ban or severely limit abortion in Oklahoma, Idaho, Texas and Tennessee, in a statement from its spokesperson Karine Jean-Pierre.

Idaho, Texas and Tennessee have joined the ten or so conservative states which have introduced so-called “dormant” laws (trigger laws), some of which prohibit any voluntary termination of pregnancy, including in cases of rape and of incest.

Their entry into force is the direct consequence of a decision by the now very conservative US Supreme Court.

The institution, shaped by former President Donald Trump, on June 24 blasted the constitutional right to abortion that extended to all of the American territory.

The law that comes into force in Oklahoma is not, strictly speaking, a “trigger law”. It aims to punish doctors or medical personnel who continue to perform abortions, with heavy fines and sentences of up to 10 years in prison.

“These almost total bans on abortion are part of 'an ever-widening initiative by Republicans to suppress freedoms that Americans have enjoyed for nearly half a century,' said Karine Jean-Pierre.

President Joe Biden has planned to participate in a late morning meeting at the White House devoted to this subject.

“Americans should know that these and other fundamental rights, including the right to contraception and marriage for all, are threatened”, she insisted.

The White House chants there what is now the main campaign argument of the Democrats against the conservative camp, before legislative elections scheduled for November.

She also published a series of polls on Friday showing that the majority of Americans support the right to abortion and are worried about seeing it threatened, which has increases voting intentions in favor of the Democrats.

There are now 21 million women, according to the Washington Post, who are denied or severely restricted access to voluntary termination of pregnancy in at minus 13 states.

Another state, North Dakota, is also determined to ban the a vortation, but the entry into force of its law is for the moment suspended by a legal procedure.