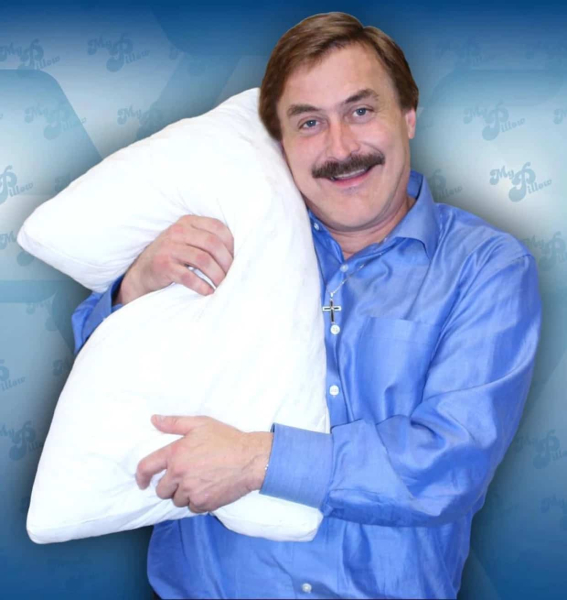 The CEO of “MyPillow” wants to take the head of the Republican National Committee and replace Ronna Romney McDaniel, the current president. As Donald Trump begins to face tougher criticism from party bosses, a takeover by his conspiratorial ally in his presidency could offer him some respite.

It's that the former drug addict with the memetic mustache, and colorful figure in American politics, is a staunch pro-Trump and is one of the biggest advocates of the “Big Lie”, the violent lie that wants to make believe that Joe Biden's election is illegitimate.

Mike Lindell says not even Trump can talk him out of running for RNC Chair.

Lindell: “This is God’s will.” pic.twitter.com/facTEj3lNp

First of all, what is the RNC?

And for Donald Trump, keeping control of this national body has always been important.

Trump just re-posted this in case you thought he might take a small break from being a fucking lunatic. pic.twitter.com/u4qN2rb4ny

In August, PoliticoWe learned that the RNC no longer wants to pay legal fees related to Mar-a-Lago's search, and that it wishes to cease its participation in payments of Trump's general legal fees if the latter officially announces his intention to run. for president in 2024.

You do have to admire the grift – Trump gets the RNC to pay legal fees associated with action that took place *before he became President* solely b/c Ronna Romney McDaniel wants to stay on his good side while the RNC also gives him money by holding events at Mar-A-Lago. pic.twitter.com/trdDjF68Jz

This forced Trump to use even more donations going to political action committees (PACs) tied to him, such as the Save America PAC and the Leadership PAC, to pay for his legal defense costs in the multiple matters concerning him, without having to touch his own fortune.

As for the choice of electoral strategies, we can recall that RNC and the conservative opinion makers are trying to distance themselves from Trump, at the when a “post mortem” on the reasons for the relative failure of the Republicans in the midterm elections will take place.

So who is Mike Lindell?

A former regular crack user who had a revelation about his future career thanks to “Jesus Christ”, he emerged as a close ally of Donald Trump during his presidency, but especially during the conspiracy that could have led to the denial of the result of the 2020 presidential elections or the success of the coup attempt during the Assault of the Capitol on January 6, 2021.

This election fraud conspiracy theory just offered by Mike Lindell is one of the craziest things I've ever heard pic.twitter.com/IUvVAbFltD

Lindell has come up with the wildest theories about alleged e-voting rigging: either alleged foreign hackers tampered with a vote Trump in a Biden vote; or the voting machines have acquired “liberal” intelligence to prevent the Trump vote from being counted.

I'm watching MyPillow CEO Mike Lindell's new documentary called “Absolutely 9-0,” and it's exactly what you thought it would be, a low-quality production with one mysterious "hacker." pic.twitter.com/nj2dLPM97b

Mike Lindell has a dire warning about the future of humanity pic.twitter.com/5wZyMGiyW4

All of these outlandish “claims” are Lindell's “greatest cybercrime in world history”. 'he's ready for anything and has no limits to keep spending so that “the country won't be lost forever”.

A 'crusade' now going after the Republican Party

< p>In statements announcing that his candidacy is “serious”, he argues that “The RNC collects money and then they do nothing with electoral crime”.

He also claims that one of the major donors told him, “Mike, everyone wants you to be the head of the RNC, some of them just don't know it yet.”

Lindell tells Bannon today that he's spoken with big donors and state leaders about his potential challenge to Ronna McDaniel: “The RNC's a mess. The donors are upset, All the people I talked to within the organization are upset, some of them are quitting. It needs to be fixed.” pic.twitter.com/x6rCOf9k7A

While the New York Magazine considers that Mike Lindell is the leader that the Republican Party deserves, his candidacy is nevertheless part of a logic of challenging the leadership of current President Ronna Romney McDaniel.

This one is pretty strong right now.

As a reminder, Republicans underperformed in the last midterm elections on November 8, 2022, failing to win the Senate, and only gaining control of the House of Representatives with a small lead.

This narrow majority leaves Republicans fragile in the face of their own divisions, according to many observers.

Kristi Noem, for example, a right-wing muse and governor of South Dakota, has explained that she “don't know if a party can keep losing like we did and [Romna Romney McDaniel] can keep his job.”

Kristi Noem was asked today if she supports Ronna McDaniel's re-election as RNC Chair: “We need to win. I don't know a party that can continue to lose like we have and keep their jobs.” pic.twitter.com/50AwAqm1Dm

As for Lindell, if he believes in these chances, he will have to face an incumbent who has already obtained the support of more than half of the members of the national committee voting in the election of its presidency.