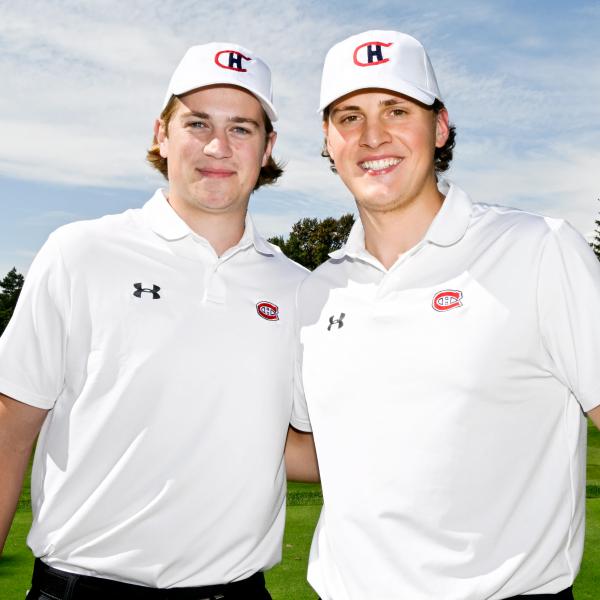 While it is clear that we will not replace Carey Price overnight in the net of the Canadiens, I would like to see a real fight in training camp. Is there anyone out there who wants to be the real number one keeper?

You don't win this job with words, but I would like to see more conviction and of determination on the part of midshipmen Samuel Montembeault and Cayden Primeau. Their rather shy comments to date have left me on my appetite. They talk about the second goalkeeper position being open and a friendly fight.

Ok, but I would like to see a little more confidence from them, even arrogance. They seem to take it for granted that Jake Allen is the number one goaltender, but hopefully they realize that position is within their reach. They need to demonstrate that is their goal.

They have, or will have, their place in the National League, but do they have what it takes to take on a number one goalie role? ? Do they really believe it deep down inside?

One thing is certain, it is the state of mind that should animate them. I would have liked to hear one say that he wants to be number one this season, because this opportunity is very real.

They don't have to surpass Price anymore, but Allen . Despite all the respect I have for him, if he does not deliver the goods during the season, head coach Martin St-Louis will not hesitate to use the services of Montembeault or Primeau. They will have to be ready.

Force the hand of the organization

The latter must absolutely force the hand of the organization, and it starts now. I hope they realize that the trajectory of their lives may change as a result of what they will achieve in the coming weeks and months.

As Allen lacks the prestige and the salary of 10.5 million $, he is dislodged, which was not the case with Price.

It's a bit like the situation when I started. When Patrick Roy was transferred to Colorado, I knew I had chances to eventually dislodge Jocelyn Thibault, then Jeff Hackett. With Roy in the background, I wouldn't have had a chance to become number one in Montreal.

St-Louis didn't run Price for long, but let it be under Michel Therrien, Claude Julien or Dominique Ducharme, the Canadian's net belonged to number 31 in good times and in bad. It's the privilege of an elite goalie, and Allen doesn't have that status.

Nothing set in stone

Nothing is set in stone with Allen. After his modest results as a starter in St. Louis, he was an excellent backup in his last campaign with the Blues as well as the last two seasons in Montreal.

He has more of experience today, and at 32, I trust he's doing a good job, but he's not Price, Andrei Vasilevskiy or Igor Shesterkin. Will Montembeault and Primeau have a better chance one day of becoming number one?

It's time to muddy the waters, otherwise general manager Kent Hughes will eventually have to look elsewhere. In the case of Primeau, we already see it in Laval, but damn it, why not shine with all its fires at camp?

Until proven otherwise, it must be assumed that Allen will do the heavy lifting if he stays healthy. He should do his job. If he gives up a bad goal in a 4-1, 40-shot loss, we won't blame him and that's likely to be the case very often with all the defensive questions.

I would like to see a surprise in goal. The bets are off.

I don't remember seeing so many goalkeepers change addresses during the summer season. I have to revise my notes to find my way around. To name a few: Darcy Kuemper in Washington, Alexandar Georgiev in Colorado, Jack Campbell in Edmonton, Cam Talbot in Ottawa, Matt Murray and Ilya Samsonov in Toronto, plus the indestructible Jaroslav Halak who moved to the New York Rangers, not to mention the absence of Carey Price.

As far as I'm concerned, the big surprise of the summer was the trade of Jonathan Huberdeau,who moved from the Florida Panthers to the Calgary Flames for Matthew Tkachuk. No one saw that one coming, and it wasn't even about the money. Huberdeau was the face of the team with Alexsander Barkov and he was coming off his best season. I wonder what the impact of this transaction will be, especially since they say they want to develop a sense of belonging among the Panthers.

If there's one thing I appreciate about Huberdeau's trade for Matthew Tkachuk, it's that general managers Bill Zito and Brad Treliving were bold. I know that what I propose will never pass, but I would like us to abolish the no-trade clause. It would allow the best general managers to assert themselves, because nowadays, their hands are too often tied.

Is this the end for P.K. Subban? He is still without a contract, but I am not worried about his future. Thanks to his flamboyant personality, he will have an interesting post-career. He was a dominant player, but his thirties slowed him down. I have always liked exceptional athletes such as Subban, but his strong personality can be disturbing and I understand that CEOs are cautious about hiring him. Among declining skaters, they prefer players with discreet leadership.