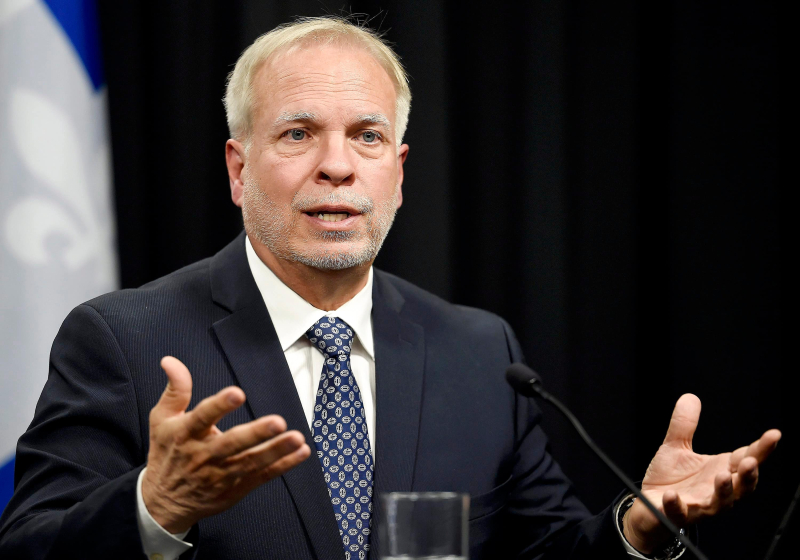 In the West, hyper individualism has a hard skin. Take the mask. The pandemic has shown us that if worn in enclosed public places, without being a perfect shield, it can help limit the spread of a contagious respiratory virus.

It does so, however, on the sole condition that most people in one place wear it. As the mask is not a spacesuit, if almost all people do not wear it, even those who do are less well protected.

However, unsurprisingly, as soon as governments lifted the obligation of the mask, most people have stopped wearing it. It's because we Westerners are deeply individualistic.

We are to the point where the relative discomfort of a mask can turn sickening, or worse, lead to delusional conspiracy theories presenting the mask as a diabolical anti-freedom tool.

Result: this year, all in unison, Western governments have lifted the mask requirement in enclosed public places. A clearly political decision. Their fear being losing voters in a hurry to pretend COVID was over.

A few months later, here we are plunged into a perfect storm. In addition to COVID and influenza, other nasty respiratory viruses are joining the ball rolling.

This unprecedented viral cocktail is overflowing already crowded ERs, forcing postponements of surgeries and even raising fears of the appearance of an epidemic.

In such a context, one would think governments capable of bringing back a few precautionary principles, including the temporary imposition of the mask in closed public places.

For the past few weeks, however, they have limited themselves to “strongly recommending” that we wear the mask in the event of symptoms. Ontario's Chief Medical Officer of Health also recommends it “strongly” and more broadly than here, but without obligation.

This is the famous so-called “syndromic” or “common sense” approach. “, of which Dr. Luc Boileau, national director of public health, speaks. However, in the western realm of the “me”, what is demanding is rarely done alone.

In our public places – shops, transport, schools, etc. –, almost no one wears the mask anymore. Adults and children, sick people act as if nothing had happened. It coughs or sneezes their life, without hesitation and without a mask.

So no need to lecture people because they do this what they have the right to do. If it is not obliged, the “respiratory etiquette” which Dr. Boileau says he wants to make a new “social norm”, like Dr. Arruda long before him, is political fiction.

< p>In public health, because we will not change Western individualism any time soon, the authorities must impose certain measures when necessary. For the moment, they refuse to do so.

With vaccination, the mask is nevertheless a tool for mutual protection. It's imperfect, but when most people wear it, its effectiveness increases. However, it still has to be imposed.

Especially since after three years of the pandemic, we are all very tired. This also contributes to the refusal to wear the mask voluntarily.

And the rare press briefings of Dr. Boileau? Who's still watching them?

Time to weather the storm, including holiday shopping, all roped into the shops, wouldn't the real “common sense” be the temporary return of the mandatory mask in enclosed public places? Ask the question…