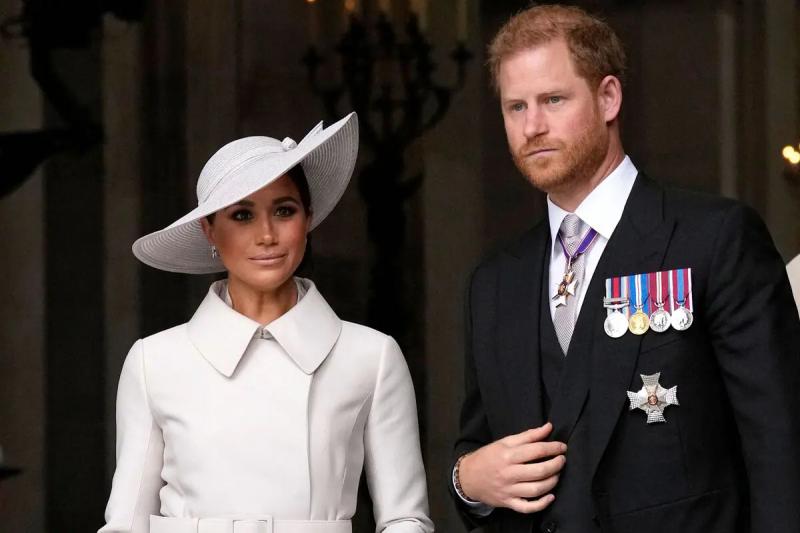 Meghan Markle reportedly did not show up at Balmoral Castle for fear of receiving an icy reception from the royal family, a monarchy expert believes.

Advance reports suggested the Duchess of Sussex was due to be with her husband, Harry, in Scotland, but multiple media outlets later confirmed that she would not be attending. wouldn't go there.

“It would have may not have been very warmly received, to be perfectly honest,” BBC royal correspondent Nicholas Witchell said on Thursday.

Meghan and Harry were due to attend an awards show in London at the WellChild Awards Thursday night, but they naturally canceled their appearance.

Although the exact reason for Meghan's absence has not been specified, her reunion with the royal family would have been difficult under trying circumstances.

Meghan and Harry are both very close to the Queen, with the couple naming their daughter Lilibet after her.

Harry also said in an interview with The Today Showin April that he and his grandmother “had a really special relationship. We talk about things she can't talk about with anyone else.”

In an interview published on August 29, Meghan stressed that she was working to forgive the royal family for everything that had happened. spent while working for the royal institution with Harry.

The royal family was shocked by this interview which harmed to their reputation.

The future Queen and wife of William, Kate Middleton, did not visit Balmoral Castle either. She stayed in Windsor to care for her three children, who were on their first day of school on Thursday.

Harry and Meghan paid tribute to the longest-reigning monarch of Great Britain.

The couple changed the home page of their website, the Archewell Foundation, to display a black screen with a simple message written in white letters: “In loving memory of His Majesty Queen Elizabeth II 1926-2022”.