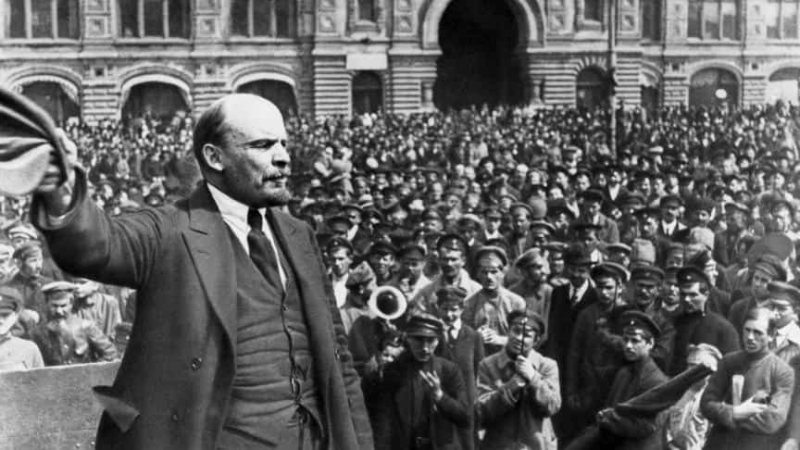 The death of several hundred conscripts in a Ukrainian missile attack on New Year's Eve has rekindled recriminations against Russian generals for the incompetent way they lead their troops. The Russian soldiers were bivouacked in a school transformed into temporary barracks. Ammunition stored nearby exploded during the strike causing the highest number of deaths in a single act of arms since the start of the war.

Clashes between Russian conscripts and officers have been repeatedly reported over the past few months. uprising of his troops in what is known as the “February Revolution of 1917”.

It actually took place in March according to our calendar.

< p>This was the beginning of a series of events that overthrew the Romanov dynasty and led to the Bolshevik Revolution of October 1917.

Since the beginning of the war in 1914, Russia has suffered defeat after defeat.

Russian losses are appalling, like those of Putin's troops currently in Ukraine.

In January 1917, the Tsar's army had lost nearly six million men, dead, wounded and missing, and the economy was disrupted by the costs generated by the war. In 1915, Tsar Nicolas II personally took command of the army to boost the morale of the troops.

He proved to be a poor leader, irritating his own generals. He left his wife, the very unpopular Tsarina Alexandra, a German, to run the country.

She is under the sway of her confidant, the mystic Rasputin.

The mystic Grigori Rasputin around 1916.

The tsarina is convinced that he is a messenger from God. His piercing gaze and his hypnotic charm bewitched the women of the nobility.

He was assassinated in December 1916 by nobles who considered him a debauched charlatan.

Tsarist soldiers on the front line, complaining of a lack of food, ammunition and proper uniforms, are mutiniing by the thousands.

In Russia, strikes and demonstrations are on the rise. A good part of the population has lost confidence in the tsarist regime.

On March 8, 1917, demonstrators demanding bread took to the streets of Saint Petersburg, then the capital of the empire: 90,000 men and women were on strike. In the days that followed, several regiments from the capital's garrison joined the demonstrators.

Tsar Nicolas, on the throne since 1894, was forced to abdicate by the insurgents. A provisional government is installed in its place.

Mutinous workers and soldiers form the Petrograd Soviet – the new name for St. , to secretly cross their lines by train and enter Russia through Finland to take control of the revolution.

The government Kerensky's provisional regime introduced a program of reforms over the following months, but persisted in keeping Russia in the war.

He was overthrown in the October Revolution of 1917.

Once in power, Lenin entrusted Trotsky with starting negotiations with the Central Powers which, through the Treaty of Brest-Litovsk of March 1918, would bring peace to the Eastern Front of World War I. world.

On the orders of Lenin, Tsar Nicholas, his wife and their five children were killed at close range in July and 1918 ending the Romanov dynasty that had ruled Russia since 1613.